Even With a Bitcoin Impairment Loss for Square, Cash App’s Quarterly Income Increases by 200% 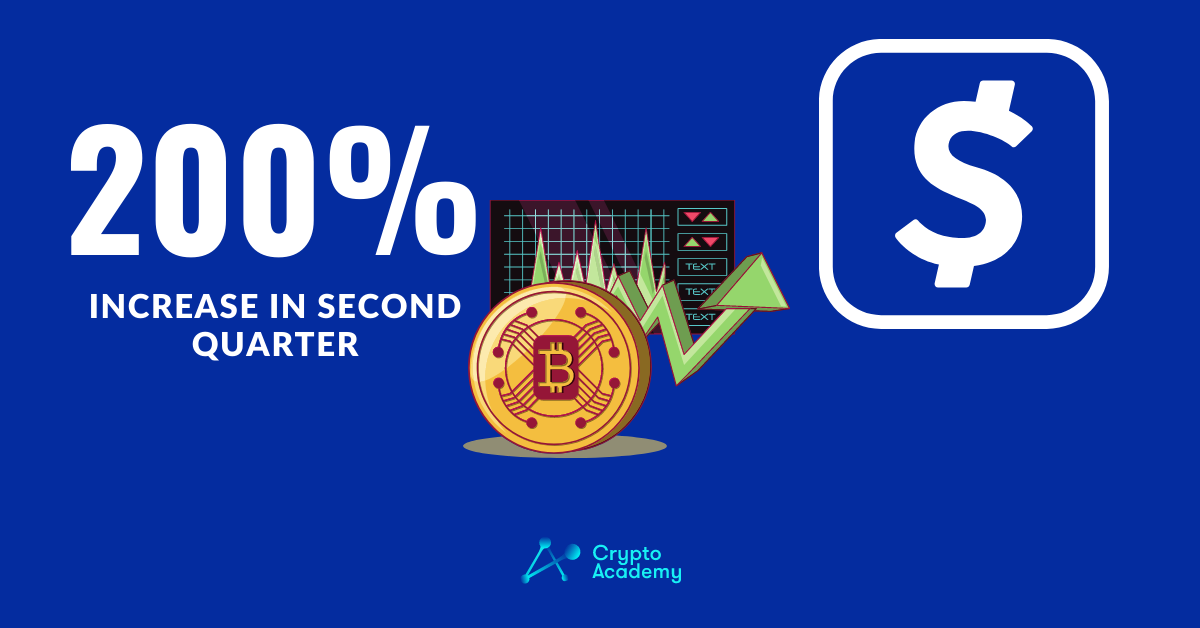 An increase in revenue of 200% YoY for the second quarter were reported by Jack Dorsey’s Square.

The phenomenal surge in earnings was announced by Square on Sunday. Square’s total gross profit increased 91% year over year to $1.14 billion, as revealed by the shareholder letter.

CashApp retained a YoY increase of 210% and 223% by providing Bitcoin (BTC) services, of which $2.72 billion in revenues and $55 million gross profit. With a 94% year-on-year increase in gross profit, the generated profit amounts to a hefty $546 million total.

This baffling surge comes as quite a shock as compared to the first quarter where revenue from Bitcoin services had dropped from $3.5 billion for 22.3%. In both May and June, Square ascribed the lower performance to the larger crypto markets’ more than 50 percent fall.

On its Bitcoin digital assets, $45 million were reported as impairment losses by Square since the falling below cost basis compels companies to report impairment loss. Unless the increase of holdings of digital or intangible assets is finalized through a sale, Square is not required by accounting regulations to report increases on the price of said assets.

Square’s latest Bitcoin purchase took place in February where $170 million or 3,318 BTC were added on top of the existing 4,709 BTC acquired in 2020. At present, digital asset holdings for Bitcoin amount to a total of $320 million or 8,027 Bitcoin (BTC), as reported by Bitcoin Treasuries.

The mandatory report on impairment losses as Bitcoin prices fluctuate has not had an impact on the acquisition quests of companies. Tesla reported an impairment loss of $23 for the second quarter, whereas MicroStrategy has a vested interest in expanding its Bitcoin ownership despite incurring a total of $425 million impairment loss on the Q2 Bitcoin pile.

Bitcoin Pares off its Weekend Gains as Altcoin’s Growth Slows