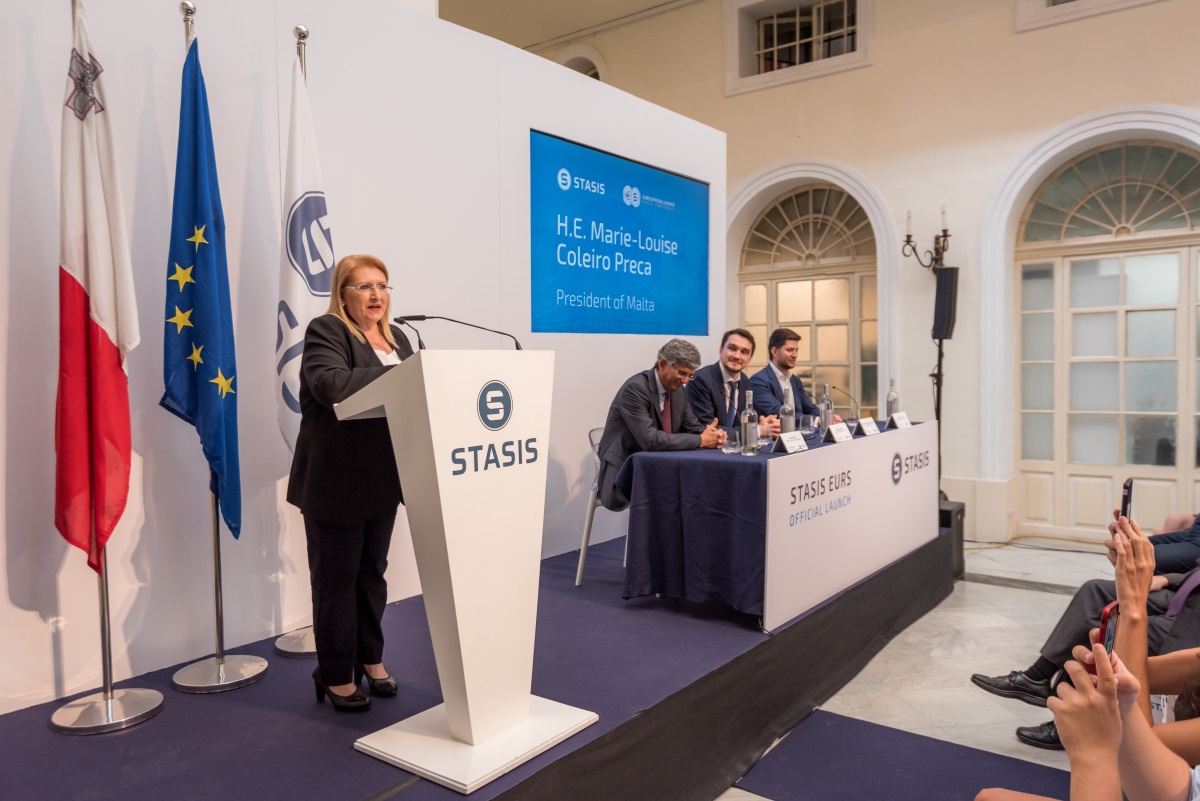 Malta continues its push towards being crypto-friendly, as its president joins the first trade with EURS coin…

A cryptocoin pegged directly with the Euro has launched in Malta. The Maltese president Marie-Louise Coleiro Preca helped to complete the first trade with EURS, which claims to be backed by reserves of one Euro for each coin issued.

The island nation of Malta in the central Mediterranean has become an important financial centre and is home to STASIS, which issues EURS.

STASIS CEO Gregory Klumov told CryptoNewsReview.com that EURS “is focused on transparency and accountability” and would compare favourably with other stablecoins by being audited on a quarterly basis by on one of the Big Four accounting firms (KPMG, Deloitte, EY or PwC).

This would force the EURS coin to face “the most rigorous and transparent verification process of any coin currently available on the market.”

Klumov added that he expects order volumes to approaching $500 million by the end of 2018. Yet the coin is so new, it is not listed on industry-standard research site CoinMarketCap.com.

Stablecoins claim to be backed directly to the value of fiat (state-backed) currencies, thereby stabilising their value and protecting them from the wild volatility that affects other cryptocurrencies.

As such, they become attractive trading pairs for other cryptocurrencies on major exchanges.

Stablecoins offer a way to own and move fiat currency across different exchanges without the need to convert into less vulnerable traditional currencies. In theory, that means transactions are fast and cheap, but the price of the coin remains as steady as the Euro or the Dollar.

The most commonly-used stablecoin is Tether (USDT), a top-ten cryptocurrency after the likes of Bitcoin Cash, Ethereum, Stellar, and Cardano.

It claims to be pegged directly to the price of the US Dollar, but its executives have repeatedly come under fire for failing to prove that there are enough US Dollars backing each issuance of USDT coins.

Critics question whether Tether really does have $800 million reserves to back up those new tokens. A promised and failed audit has not helped to quell the rumours that Tether is totally overblown.

Klumov said his company’s EURS coin was intended to be a real alternative to fiat currency and there would be no repeat of Tether’s dubious antics.

“No, we are not running a fractional reserve system.

“Verification is the answer.

“STASIS always has reserves matching the issuance of its tokens. We only issue EURS when we get Euro to the bank account in equal amounts.”

Tether on Strings? Crypto Debates Fresh Round of Manipulation Claims