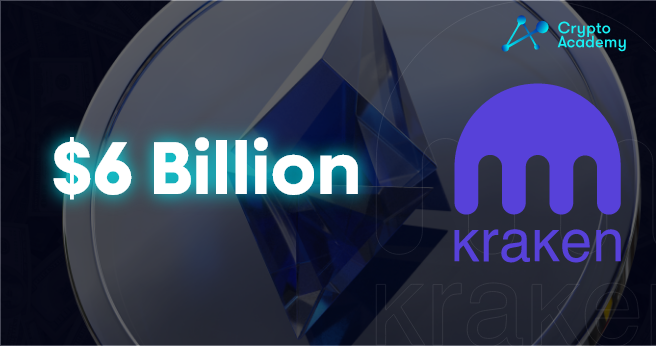 While $6 billion has been transferred from an anonymous wallet to the Kraken exchange, there is no cause for hysteria.

More than 1.25 million Ethereum (ETH) were transacted from an anonymous wallet to the Kraken controlled exchange, according to the Whale Alert transaction monitoring bot, which erupted earlier today.

Increased fund inflows, which have been occurring for two months now, account for the significant volume. Because of the market’s strong bull run and Ethereum (ETH)’s deflationary route, users are still withdrawing funds from exchange platforms.

The exchange will introduce funds that market makers will utilize to create ample liquidity. The amount being followed is almost 40% of the current daily trading volume, meaning that a considerable dive of Ethereum (ETH) is to be expected if their funds are used for selling.

Cold wallets are used by exchanges to keep the assets of their users safe and not let them be vulnerable to exploitation or stealing. Some of the cash stays in the exchange’s hot wallets, ready to be spent on demand. Because assets are stored on a device that is not always linked to the network, cold wallets offer greater security in exchange for the inability to have instant access to the funds.

The No. of Non-Zero Bitcoin Addresses Hit a 6-Month High, amid Realized Volatility Drifting to a 1-year Low

Bitcoin Addresses Holding for More Than a Year Hit an ATH with 10.15 Million BTC