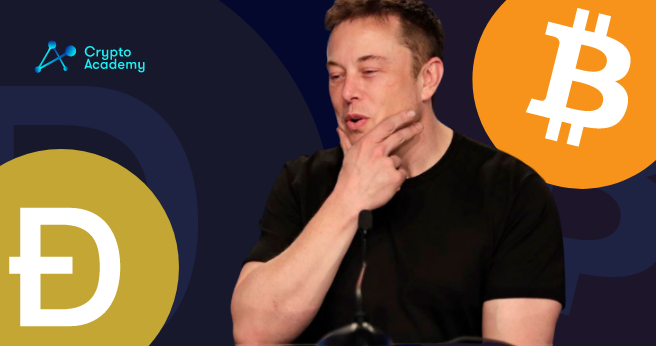 The richest person in the world, Elon Musk, has recently done a comparison between Dogecoin and Bitcoin. According to him, Dogecoin provides a better medium for payments than Bitcoin. This is because of Dogecoin’s price, transaction volume, and transaction cost.

Nevertheless, he did not leave Bitcoin out of this. After claiming that Dogecoin is a better-suited medium of exchange, he went on to add that Bitcoin is appropriate for a store of value. So, Elon Musk fundamentally thinks that Bitcoin should not try to substitute fiat currencies.

Elon Musk took the opportunity to talk about some details regarding Dogecoin’s tokenomics. To be more specific, Musk mentioned the fact that DOGE is an inflationary coin. However, because its inflation is not a percentage but rather a fixed number, Musk believes this has a diminishing influence on Dogecoin.

During this interview with TIME Magazine, Musk also spent some time talking about the global financial system and how online payment services work. He did not fail to mention that he was one of the creators of PayPal. Because of this, he believes that only a small number of people understand money systems better than him. This directly backs the prior assumptions he made about Dogecoin.


One of the biggest Dogecoin supporters is Elon Musk. To be honest, Dogecoin is where it is now because of Elon Musk. Through his tweets, Musk continuously shilled his followers to buy Dogecoin. He began tweeting about Dogecoin back in August 2020 and has yet to stop.

Recently, Elon Musk announced that Tesla will accept Doge as a payment for their merchandise line. This caused the coin to surge up to 30% in trading value. Many are speculating that if this goes well, Tesla may end up accepting Doge as payment for cars in 2022.

Earlier this year, Elon Musk and Vitalik Buterin joined the board of the Dogecoin Foundation. This addition is being seen as extremely bullish by many. Having two additional geniuses in their team, Dogecoin might undergo positive changes that could have a big impact on its market performance.