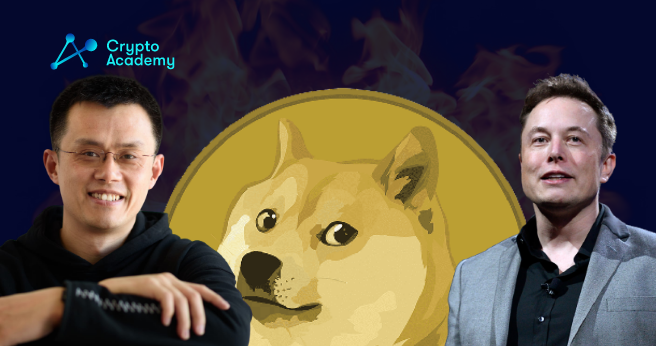 Elon Musk, the world’s richest man and a renowned advocate and supporter of Dogecoin (DOGE), has lashed out at Binance in support of the Dogecoin (DOGE) community members.

After a software error on Binance processing a huge number of Dogecoin (DOGE) transactions from a year ago, the global cryptocurrency exchange platform recently imposed a two-week withdrawal freeze for Dogecoin (DOGE).

This prompted Elon Musk to slam Binance CEO by calling him out on the “shady” customer handling of Dogecoin (DOGE). The accusation comes as a result of users alleging that Binance performed Dogecoin (DOGE) transactions from user accounts without their permission and as it turns out, Binance is inquiring about Dogecoins (DOGE) transactions which in user accounts are nowhere to be found.

.@Binance CEO Changpeng “CZ” Zhao is aiming for an “improved perception” by regulators of its global entity, he told the Financial Times.@egreechee reports. https://t.co/kSpFML9XMq


Binance addressed Musk’s claims via their official Twitter account by posting a thread describing the Dogecoin (DOGE) transaction problem. Elon Musk, on the other hand, disregarded it, claiming that customers should not fall victim as a result of the exchange’s shortcomings.

Hey @elonmusk – no, not shady – just frustrating and we’re working on it – details here ⬇️https://t.co/hCJWRLrnee

Providing some clarification the Binance situation: 1) A bit over a year ago, Binance notified us that they had stuck transactions. We were not shown these transactions, but it was suggested that they were ‘stuck’ due to insufficient fees…

Previously, renowned trader Peter Brandt reacted in the same way to one of Changpeng Zhao’s tweets in which he condemned the crypto platform for unethical conduct. When one of the users inquired about Brandt’s unusual reaction to an innocent post, he stated that what Binance was doing with its consumers on the platform would have resulted in people being imprisoned. He clarified his stance by saying that he “actually was in Corn pit. Well aware of the abuses of the auction markets. But my gripe vs. crypto exchanges goes far deeper than bad fills – it deals with trading against customer orders way outside the daily range and not reporting the price discovery. We’d have been jailed.”

Otherwise known as the Dogefather, Elon Musk is renowned for his unwavering backing of Dogecoin (DOGE), and it actually helped the meme coin to trade up for a change after having a bearish week immediately after the backlash of Musk condemning the Binance malfeasance was posted on Twitter.