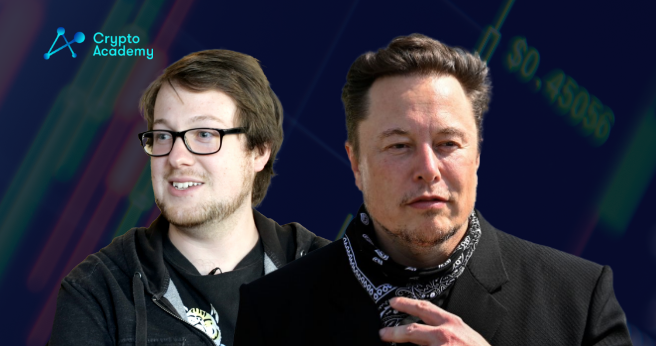 Elon Musk decided to support DOGE co-founder Billy Markus in his dismay around the massive crypto hype on Twitter.

Billy Markus, one of the co-founders of Dogecoin (DOGE) took to Twitter to denounce the enthusiasm that often follows cryptocurrencies and is exploited by those looking to make a quick buck by jumping on the bandwagon, and Elon Musk leaped at his support.

Markus maintained that the hype is only temporary and driven by those who are looking to get quick money and bail as soon as they have gotten what they wanted, and it is only on to the next one when a new hype comes along.

Thus, a valuable cryptocurrency constitutes one that exists by the time value of money; it will be worth more in the future than it is now, and a value add-on is absolutely essential.

Obviously, this situation warranted the involvement of Tesla CEO Elon Musk who jumped into the Twitter thread to support Markus’ claim.

hype doesn’t last, and it attracts get rich quick people who will bail once they get theirs and/or when a new hype appears.

if you want something to actually be worth more than what it is currently worth, add lasting value to it. hype adds nothing.

The general belief in the crypto community however is that it is precisely Elon Musk that is the producer of the massive hype surrounding the famous meme coin. Dogecoin (DOGE) soared to an all-time high of $0.7376 when Musk mentioned it during his debut on Saturday Night Live earlier this year.

Among the people who believe that Elon Musk is the cause of the hype is US Senate candidate Shannon Bray who alleged that Elon Musk and his mother Maye are responsible for creating the hype in the first place.

Relating to Elon Musk, Bray appears distressed about his Dogecoin (DOGE) assets touching bottom as a result of Tesla CEO Elon Musk’s promotion for the cryptocurrency.

Billy Markus jumped to Musk’s defense, tweeting that Bray is exposing his incompetence to make his own investing judgments to his potential voters.

Members of the crypto community responded that the appearance of Musk in Saturday Night Live has caused Dogecoin (DOGE) to be in the red.