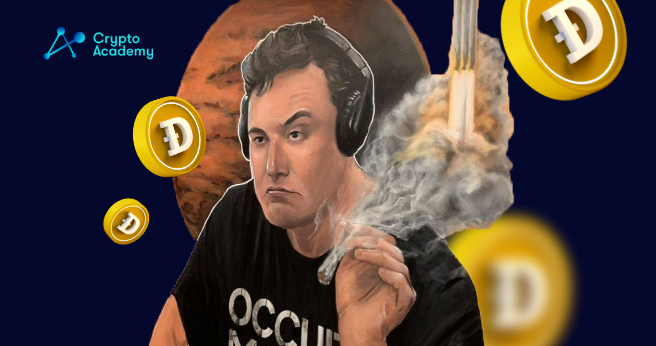 Elon Musk is holding out hope that he can extend life on Mars as his Dogecoin Worth skyrockets.

Elon Musk, recently crowned the world’s richest man, now has a net worth of roughly 209 billion dollars which translates to 861 billion Dogecoins (DOGE).

As Elon Musk expects that this money will eventually be enough to bring humans to Mars, other DOGE enthusiasts hold out hope of DOGE being the currency on Mars.

Matt Wallace, a Dogecoin (DOGE) YouTuber, has gone to the trouble of converting Elon Musk’s riches into DOGE. As per Wallace’s tweet, the USD net worth is comparable to around 861 billion DOGE in the most popular meme cryptocurrency, which technically amounts to $205.9 billion in DOGE, per the current exchange rate.

Elon Musk (with a net worth equal to 861 billion #Dogecoin) is now richer than Bill Gates and Warren Buffett COMBINED! 🤯

In his tweet, Wallace said that this trumps the combined net worth of Warren Buffet and Bill Gates who are separately worth $101.6 billion and $132.4 billion, respectively.

Elon Musk, Tesla and SpaceX CEO said that he hopes his present wealth will be sufficient to establish a permanent colony on Mars. He is thought to be one of the world’s major Dogecoin (DOGE) holders, and Musk has revealed that he owns Dogecoin (DOGE) although he has not revealed how many coins he holds.

In light of having an upper hand, Elon Musk saw it fit to troll Jeff Bezos, the founder of Amazon on Twitter. In his tweet, Musk awarded Bezos with a number 2 silver medal since the gold medal is now Musk’s with a staggering net worth of $205.9 billion compared to Bezos whose net worth amounts to $192.2 billion.

I wanted to write something slightly more nuanced about Dogecoin Nodes, so bear with me.

Nodes are important. They keep the network moving, validate transactions, and keep the blockchain up to date. It’s good to update to 1.14.4 which will allow for lower transaction fees.

Also read: Q3 Results Reveal Considerable Rebound of the Crypto Market Since the May Crackdown