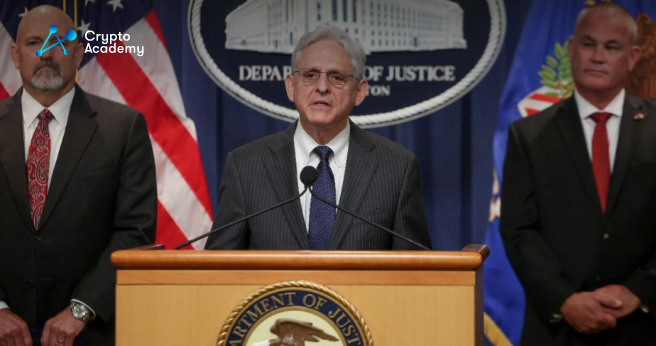 IcomTech and Forcount, also known as Weltsys, were two cryptocurrency Ponzi schemes run by nine people, according to the U.S. Department of Justice‘s announcement on Wednesday.

“With these two indictments, this office is sending a message to all cryptocurrency scammers: We are coming for you. Stealing is stealing, even when dressed up in the jargon of cryptocurrency,” said Damian Williams, U.S. Attorney.

The DOJ charged David Carmona, Marco Ruiz Ochoa, Moses Valdez, Juan Arellano, David Brend, and Gustavo Rodriguez in the first indictment with conspiring to conduct wire fraud because of their ties to IcomTech. According to the agency, the plan was active from mid-2018 to late 2019.

The DOJ charged Francisley Da Silva, Juan Tacori, and Antonia Perez Hernandez in the second indictment for their alleged participation in Forcount, which it claimed operated an alleged Ponzi scheme from mid-2017 through late 2021. Silva and Tacuri are also accused of conspiring to launder money.

“The founders and promoters of each scheme falsely promised their respective victims, among other things, that profits from the companies’ cryptocurrency trading and mining would result in guaranteed daily returns on victims’ investments and doubling those investments within six months.”

Authorities assert that neither business is genuinely engaged in cryptocurrency trading or mining. The global operation was promoted with “lavish” expo displays to entice new victims, and the perpetrators’ used ‘victim’ money to reimburse additional victims while also enriching themselves.

According to the DOJ, the proponents of the scams said that the “Icoms” and “Mindexcoin” tokens would one day be worth a substantial sum of money. The organization claims that they were virtually useless, costing victims money.

“While Victims saw ‘profits’ accumulate on the schemes’ respective online portals, most victims were unable to withdraw any of these so-called profits and ultimately lost their entire investments. By contrast, IcomTech and Forcount’s promoters siphoned off, in some cases, hundreds of thousands of dollars in victim funds, which they withdrew as cash, spent on promotional expenses for the schemes, and used for personal expenditures such as luxury goods and real estate,” prosecutors said.

The Money Laundering and Transnational Criminal Enterprises Unit of the Justice Department are handling the case.