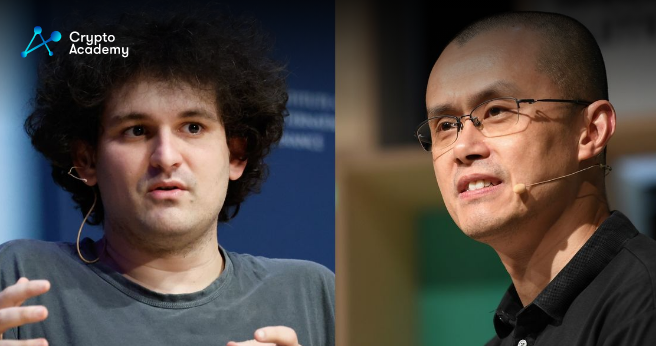 The dispute between SBF and CZ seems to have started months ago. In November of this year, CZ backed out from a strategic acquisition of FTX as a means to provide liquidity for the latter. This deal failed because CZ saw that FTX has solvency issues among many other wrongdoings.

Recently, Kevin O’Leary publicly stated that he was going to testify for SBF. CZ immediately reacted on Twitter by saying that O’Leary’s $15 million involvement with FTX was enough to convince him to help a “fraudster.”

Of course, the thread did not end there. CZ discussed Binance’s exit from FTX in July of last year. CZ said that he did “due diligence” unlike O’Leary, who appears to be a typical example of “groupthink” from a plethora of investors that helped FTX.

CZ said that Binance became “uncomfortable” with what SBF was doing with Alameda, and that’s why they decided to start the exit process.

CZ then states that SBF was not happy that Binance was exiting the deal. Because of that, SBF went to “extraordinary lengths to make Binance pay”

He also accuses SBF of bribing influencers, lawmakers, and mainstream media for manipulation.

Then, he says that anyone could have realized that something was not right with FTX. He claims that FTX was “1/10th” of Binance’s size but spend a hundred times more than Binance, which has more global licenses than any other exchange in the world.

Last but not least, CZ suggests that O’Leary blames himself and SBF for the “implosion” rather than someone else.

SBF Claims CZ is Lying About the Buyout

Shortly after that, SBF replied to CZ’s thread. SBF said that buying out Binance’s investment was in the interest of FTX and that CZ was not professional regarding negotiations.

SBF claims that CZ “threatened” to get out of the deal if SBF did not pay Binance an additional $75 million.

Sam then says that they still did it because FTX did not want Binance as a shareholder. In the end, SBF simply says to CZ that CZ has “won” this battle. Nonetheless, he accuses CZ of lying about the buyout.

Lastly, CZ replied back to SBF. He said that SBF could not have “forced” Binance to sell its shares without Binance’s consent. Moreover, since Binance was a shareholder, they could have prevented SBF from all his fundraising activities. Hence, CZ says that Binance never considered FTX as a competitor. Otherwise, they would have “vetoed” FTX’s activities.

CZ then ends the discussion by saying that SBF should focus on himself rather than on Binance.

These new details shed new light regarding the tension between CZ and SBF. No matter what the truth about the buyout is, SBF remains hated by the majority of the crypto community, understandably so. Nothing changes the fact that SBF is responsible for FTX’s collapse and for losing billions of dollars worth of user funds.