Crypto Executive Order by Biden Administration To Be Issued Next Week 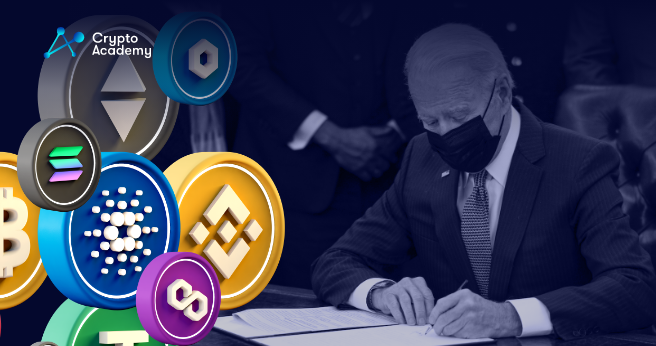 According to reports, President Joe Biden will sign an executive order directing government agencies to investigate cryptocurrencies next week. In addition, it will also direct the possibility of a central bank digital currency as a matter of national security. The Biden administration attempts to combine findings from various government entities. The reason for this goal lies in building a more synergized and comprehensive set of rules for digital assets. Correspondingly, the White House requires agencies to submit their results within 90 to 180 days.

Furthermore, the White House Executive Order demands that the Treasury Department, the Justice Department, and Homeland Security provide studies for various systems. These studies include payment systems, the future forms money may take, and their recommendations. An additional role for The Financial Stability Oversight Council is to analyze the impact of digital assets on financial stability. Last year, President’s Working Group ordered the Council to look into stablecoins.

The Attorney General, the Federal Trade Commission, and the Consumer Financial Protection Bureau will be in charge of investigating how cryptocurrencies affect market competitiveness. In addition, a focus on digital assets and privacy is likely in the next two reports.

On the other hand, consumer and investor safety will fall within the responsibility of the different commissions. For this, Treasury, SEC, several banking organizations, and the Commodities Futures Trading Commission will be responsible regarding the safety issue. They will all work together to ensure that cryptocurrencies are safe.

Reports on the Cryptocurrency Area

There will be a report to the President regarding any potential consumer protection problems with digital assets. In addition, the Office of the Comptroller of the Currency and Federal Deposit Insurance Corporation will be in charge of reporting each problem they encounter.

In light of Executive Orders, they are likely to instruct different government departments to coordinate globally on digital asset standards. Also, these orders aim to comprehend the technological needs of a U.S. central bank digital currency system.

Boston Fed and the Massachusetts Institute of Technology released phase one of project Hamilton earlier this month. In addition, the Federal Reserve’s CBDC released its report two weeks early.

Some organizations have already begun their work without waiting for the Executive Order in the final analysis. For example, the Department of Justice announced yesterday the creation of a Virtual Asset Exploitation Unit to support the FBI.