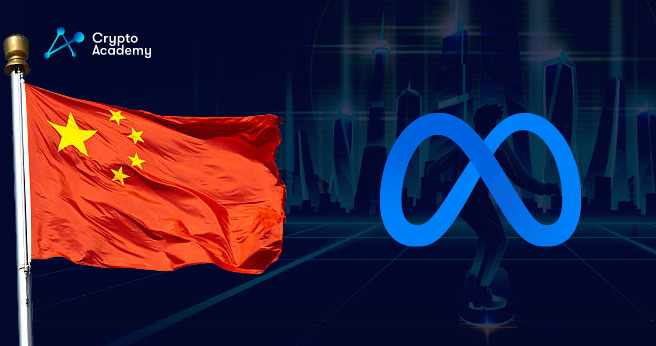 The Chinese Metaverse seems to be different from the global Metaverse. Some experts claim that China is working on its “local Metaverse.”

In December of last year, Chinese search company Baidu announced the launch of a self-developed Metaverse. In 2021, Chinese authorities declared all private cryptocurrency operations in the nation as ‘illegal.’ Henceforth, they ended them. Surprisingly, during the Beijing Olympics, China was the first runner in the race to establish an electronic CNY CBDC. In addition, many critics are concerned that the e-CNY will be a centralized form of digital currency. Respectively, it will be under the control of the People’s Bank of China.

According to several reports, Shanghai authorities are now investigating Metaverse’s potential for future development. The potential of this advancement might lead to the creation of a new significant platform. It is supposed to serve as a meeting point between the virtual and real worlds.

A typical question that could arise regarding this is: would China choose to go down this path if their Metaverse is centralized?

Some experts believe that this is the case with China. Additionally, due to China’s internet censorship, international corporations like Facebook and Google have not entered the Chinese market. On the other hand, local businesses are in charge on all fronts. For example, Roundhill Investments vice president of research, Mario Stefanidis, claims for The Wire China that the same might happen to Web3. Furthermore, Stefanidis stated that instead of enabling people to access the global Metaverse, China might simply supervise the development of a local metaverse.

The High Interest of Chinese Enterprises For The Metaverse

Local estimates suggest that 3700 Chinese enterprises have registered for Metaverse and associated registrations.

Du Zhengping, chairman of the China Mobile Communications Association’s Metaverse industry committee, revealed information to Reuters. He added that traditional internet firms were first established and then regulated in China. Similarly, this process will be implied to the Metaverse as well.

On the other hand, the South China Morning Post announced earlier this year that the National Intellectual Property Administration had rejected many trademark applications. The most common rejected applications were the ones that used the word yuan yuzhou or the Metaverse as part of the name. In the meantime, applications from Alibaba Group Holding, Tencent Holdings, and ByteDance are still awaiting review.

Besides this, many people think that centralization is against the idea of Web 3.0. A VR entrepreneur, Eloi Gerard, explained the idea that stands behind the Metaverse. According to Gerard, the metaverse concept lies in the possibility of traveling between virtual worlds. This directly contradicts the concept of a single party, a single voice, and a single goal.

As a result, China’s IT giants are looking to compete in the trademark race despite the obstacles.