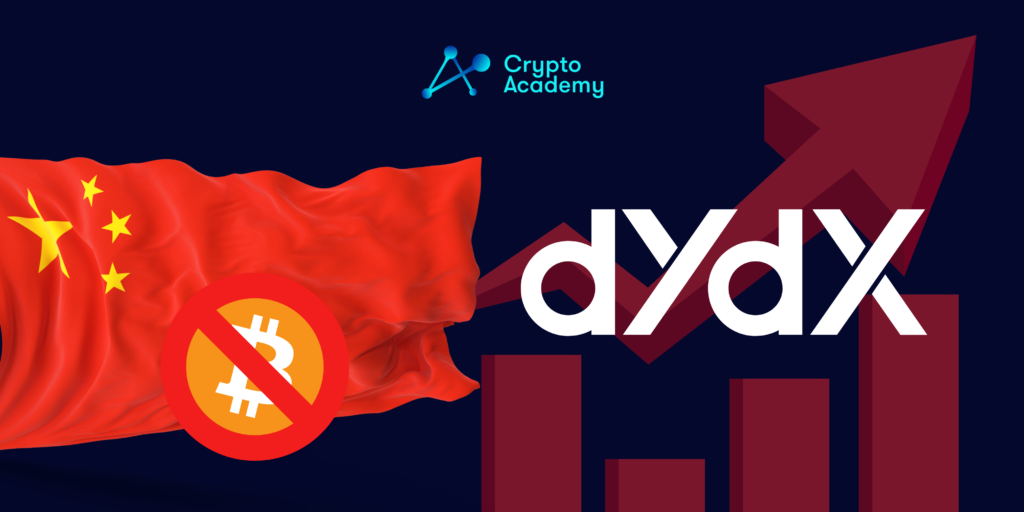 The latter has experienced huge activity after China made its announcement. This has caused a larger volume for DEX dYdX than Coinbase’s spot markets. It is worthy to note that this is the first time this has happened. dYdX Protocol recently had $4.3 billion worth of trades in a 24-hour time period, while Coinbase, one of the world’s biggest cryptocurrencies in the world, had a volume of $3.7 billion in the same timespan.

Below is a tweet of Antionio Juliano, the founder of dYdX and former employee at Coinbase regarding the recent trading activity of both.

5 years ago I left @coinbase and eventually founded dYdX

The growth in activity of dYdX answers back to all the concerns regarding the recent decision of China’s Central Bank. According to Cointelegraph, China has created instability with its crypto-related decisions 19 times ever since 2009.

Crypto reporter in China Colin Wu predicted the recent surge in activity of Chinese traders in decentralized exchanges, by stating that users are going to ‘flood’ MetaMask, dYdX, and other DeFi-related sites.

Huobi, a Chinese-based and one of the biggest cryptocurrencies in the world, had previously banned derivatives trading by the end of the 2nd quarter of this year. Then, Huobi closed its China-based headquarters due to the recent announcement.

To put into perspective how much dYdX trading activity increased, it has grown by 19,700% in the last 6 months. Coinbase, on the other hand, had an increase of only 6%. Nonetheless, Coinbase reached a peak in activity late in May when BTC and other cryptocurrencies were reaching new highs.

L2beat reports that dYdX has 19% of the market share, placing it second in the locked value ranking.

Coinbase played a role in dYdX’s success. They invested 1 million USDC stablecoins in dYdX. Another funding for dYdX worth $65 million came from Paradigm.

Bitcoin Spot Exchange Reserves Dropped by 12,500 BTC in the Past 2 Weeks, Suggesting the Dip is Being Bought