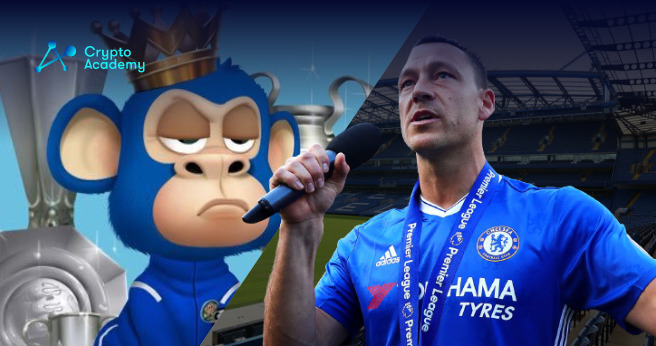 The NFTs include graphics of the Premier League Trophy, Champions League Trophy, and Europa League Trophy, as well as depictions of baby apes. Images of the Chelsea club badge are also included in the collection. Trademarking and intellectual property rights have been finalized for the safeguarding of the NFT collection.

The Europa League and Champions League trophies are also included in the collection, which is being investigated by UEFA. Representatives of UEFA made a brief remark as follows: “UEFA takes the protection of its intellectual property rights seriously, and we are investigating this matter further.”

The FA has also released a declaration, stating that it is aware of John Terry’s NFT promotions, where the FA Cup, Community Shield, and England Kit are also included.

The promotions are also being investigated by Chelsea Football Club. The artwork for the collection includes the club’s logo, kit, and trophies, infringing on various copyrights owned by the club, the Premier League as well as UEFA, and the FA. John Terry was recently hired again as a consultant at Chelsea’s academy, although the club has stated that they are not associated with the selling of the NFT collection pushed by the former star athlete.

The NFT Collection Ape Kids Club is becoming increasingly attractive to the circle of athletes both former and current. What a number of athletes have done is create their own avatars apart from the active collection endorsement. Former players such as Ashley Cole and Nigel De Jong have tweeted about the collection, as have current players such as Tammy Abraham, Recce James, Willian, and Marco Veratti.

UEFA is the only one that has issued a statement about the collection up to this point, with Ape Kids Club and their sponsors refusing to comment.

NFTs have gained a lot of traction among celebrities, with John Cena, Paris Hilton, and Eminem promoting them, and now it appears that footballers are following suit. NFTs, on the other hand, have their detractors, who are cautioning investors about the dubbed speculative bubble and the high risks associated with it.

Bitcoin Whales not Throwing in the Towel, Accumulating 60K BTCs in Last 2 Months

Bitcoin Continues Holding Above the 200 MA, with $34K Being the Redline