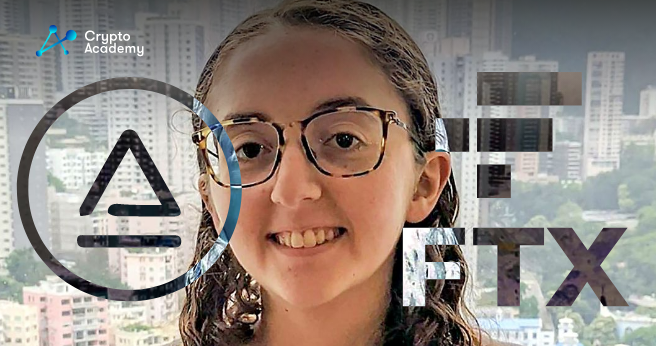 According to a transcript of Caroline Ellison’s Dec. 19 plea hearing that was released on Friday, she agreed with Bankman-Fried to hide from FTX’s investors, lenders, and clients that the hedge fund could borrow an infinite amount from the exchange.

Ellison and FTX co-founder Gary Wang both entered guilty pleas; as part of their plea deals, they are working with prosecutors. Their pledge declarations show how two of Bankman-Fried’s former acquaintances would testify against him in court as prosecution witnesses.

“We prepared certain quarterly balance sheets that concealed the extent of Alameda’s borrowing and the billions of dollars in loans that Alameda had made to FTX executives and to related parties,” Caroline Ellison said in court.

In a second plea hearing, which took place on December 19, Wang said that he was instructed to modify the FTX code so as to grant Alameda special access to the trading platform, while being aware that others were informing clients and investors that Alameda did not have such access.

The prosecution’s case against Bankman-Fried will feature testimony from “several cooperating witnesses,” prosecutor Nicolas Roos stated in court on Thursday. According to Roos, Bankman-Fried committed a “fraud of epic proportions” that cost billions of dollars in investor and consumer monies.

Although Bankman-Fried admitted that FTX had poor risk management, he insisted that he did not think he was criminally responsible. He hasn’t yet admitted guilt.

Bankman-Fried established FTX in 2019 and profited from a surge in the value of Bitcoin and other digital assets to become a multi-billionaire and a significant contributor to American political campaigns.

FTX filed for bankruptcy on November 11 as a result of a surge of client withdrawals in early November amid worries over the mixing of FTX money with Alameda.

Bankman-Fried was released on bail of $250 million on Thursday. His spokesperson failed to respond to the remarks made by Ellison and Wang.

Ellison said in court that she and others agreed to borrow billions of dollars in FTX customer funds to repay investors when they called back loans they had given to Alameda in June 2022, knowing that consumers were unaware of the agreement.

“I am truly sorry for what I did,” Caroline Ellison said.

According to court documents, the transcript of Ellison’s hearing was initially kept confidential because of fear that the revelation of her assistance may obstruct prosecutors’ attempts to extradite Bankman-Fried from The Bahamas, where he resided and where FTX was headquartered.

After being detained in Nassau’s capital on December 12 and agreeing to be extradited, Bankman-Fried landed in the United States on Wednesday.

He was confined to his California parents’ house by a judge pending trial.