Blockchain Technology May Contribute Around $2 Trillion to the Global Economy 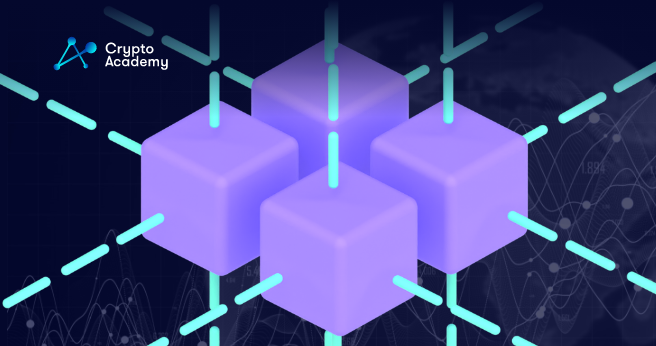 The paper claims that blockchain technology might assist companies in establishing a foundation of trust and transparency. But, as the report states, this can only be accomplished via digital technology.

Following on, a quite considerable percentage of CEOs (61%) identify digital transformation as a primary goal. Accordingly, blockchain might be the technology they need to achieve this goal. Diving into the report, it highlights the top five use cases for blockchain. Adding $962 billion to GDP by 2030 is at the top of the list. Moreover, the blockchain substantially impacts the tracking and verification of items. Among them are financial instruments, identities, contracts, and consumer involvement.

With blockchain technology, each of these use cases has the probability of becoming a multibillion-dollar business. In addition, the widespread use of blockchain technology for digital payments has also been affected. The beneficiaries of this utility are decentralized financial systems and crypto-assets.

One of the blockchain leaders at the firm, Steve Davies, expresses his thoughts on blockchain technology. He notes that blockchain tech will speed up and improve any transactions carried out. In addition, it will as well increase the level of trust and transparency surrounding such transactions.

China, and the US, to Be The Primary Beneficiaries of Blockchain Technology

Blockchain technology is predicted to influence nations throughout the world. As a result, the US and China stand to gain significantly from the use of this tech.

Economists predict that China’s national digital currency will generate over $440 billion in revenue over the next decade. As a result of this, its GDP would rise by 1.7%. On the other hand, it is expected that between now and 2030, blockchain adoption in the United States will contribute $407 billion to the country’s GDP.

Furthermore, Sweden’s GDP is expected to rise by 3%. In second place are Luxembourg with 2.6%, Germany with 2.4%, and the United Kingdom with 2.3% on the list. All of these nations are located in Europe.

Additionally, experts claim that government, health care, and education will gain the greatest rewards. Based on PwC’s estimations, these areas will get $547 billion in benefits by 2030.

Given all these points, the analysis emphasizes blockchain technology’s full potential. However, its potential will only be realized if we go beyond Bitcoin to other forms of cooperation. The crucial point is to place a higher value on renewable energy sources.

Crypto Proves Resilient as Global Uncertainty Surrounds. A Look at the Worst-Performing Coins Under $1