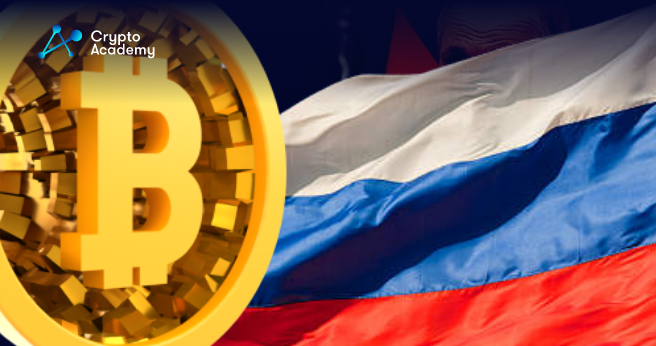 In the wake of the Russia-Ukraine crisis, the global economy could become the biggest victim. US, Canadian, British, and European Union economies have all declared sanctions on Russia and its central bank.

As sanctions are increasing from each country around the world, there seems to be a possible get-away for Russia, which involves crypto adoption. This possibility has raised many concerns among the world’s leaders. Accordingly, U.S. Senator Elizabeth Warren called on financial authorities to tighten sanctions on Russia. The main reason for this calling is the rising risks of the government adopting cryptocurrency.

A recent hot topic is taking place around the world. It mainly has to do with Russia utilizing crypto to avoid sanctions has been a hot topic. This discussion has become popular after the US and EU blacklisted many Russian banks from the SWIFT system. On the other hand, many crypto specialists think this is very unlikely to happen. The main reason for this lack of probability to happen is that the crypto market is not large enough to provide the amount required by Russia.

Russia does not stand in a favorable position to be able to avoid sanctions by hiding out in the crypto world. Additionally, research from the Bitcoin Policy Institute shows that the use of Bitcoin is increasing Western pressure on Russia. Meanwhile, the use of Bitcoin is also assisting the people of Ukraine in raising money during this time of need. The in-depth analysis concludes that Bitcoin, or any other altcoin, can not help Russia to evade these implied sanctions.

Even Crypto Cannot Save Russia

As it seems, Russia’s most important areas of development were affected due to the invasion of Ukraine. The whole world is against Russia, and it is trying to prevent a deeper conflict that may involve European countries as well.

According to the study from Bitcoin Policy Institute, Bitcoin isn’t ready to replace the U.S dollar or the Euro as a global trading currency. Moreover, it will be difficult for Russia to control its commodities income if they try to sell their items in cryptocurrency because of the significant volatility.

On the other hand, relating to the conflict, Russia’s yearly exports were estimated at $400 billion, which is less than half the current market capitalization of Bitcoin ($836 billion).

In addition, the research shows U.S. sanctions regimes strictly adhere to the major Bitcoin exchanges. As a result, the violators will have a tough time concealing their use of Bitcoin and other cryptocurrencies. Also, blacklist-designated addresses and non-compliant exchanges are well-received by cryptocurrency exchanges.

According to Jake Chervinsky, Blockchain Association’s Head of Policy and Advocacy, it’s not possible for Russia to escape sanctions by using crypto.

Although Senator Warren claimed Russians use crypto to escape sanctions, crypto experts say this is not possible. In fact, as per crypto analysts, cryptocurrency is really helping Ukraine in its conflict with the Russians.