Bitcoin Price Crashes 87% on Binance and Recovers Within a Minute 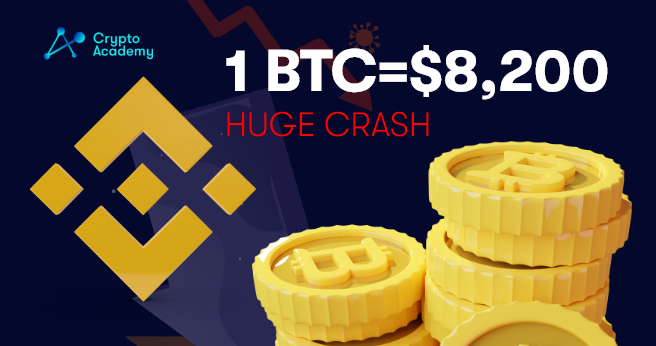 A moment of terror for Bitcoin holders on Binance as their wallets were almost completely emptied in a span of a single minute.

The Bitcoin price flash crash on Binance was unexpected but has since been fixed, as reported by an exchange official.

On Binance.US early Thursday, Bitcoin’s price dropped 87% and then recovered in a single minute, in a quick but very genuine flash crash. The cryptocurrency exchange blamed a trader algorithm bug for this.

One of the institutional traders informed about a bug in the trading algorithm, that caused the price crash, reported for CoinDesk a Binance.US spokesperson.

The spokesperson said that they will pay attention to the event, however, the key issue has already been resolved, not adding any further details about it.

Other crypto exchanges also experienced a drop in Bitcoin prices, however not as drastic as Binance.

Changpeng Zhao, Binance CEO, warned investors that they should prepare for high volatility in crypto for the months to come.

Also Read: Walmart Customers Can Now Buy Bitcoin in Some US Stores

Bitcoin’s Bear Trap Might be Over as Price Jumps to New ATH of $66,952