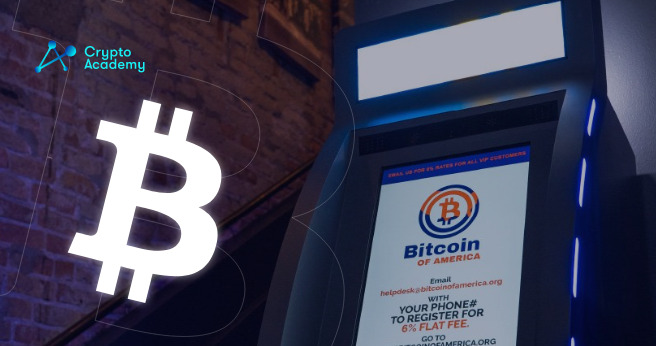 Since the beginning of the year, the number of Bitcoin (BTC) ATMs globally has risen past 100%. The majority of these ATMs are located in the United States, with a total of around 34,000 worldwide.

This marks the biggest rise in Bitcoin (BTC) ATMs since 2013 when they first started to appear in countries around the world. At the end of the year, there were a total of 34,000 Bitcoin (BTC) ATMs globally as compared to January of 2021 when the number of ATMs was merely 14,000.

The increasing number of Bitcoin (BTC) ATMs all across the world is a sign that the biggest cryptocurrency is gaining traction in the economy at large. On many levels, 2021 has been a phenomenal year for Bitcoin (BTC), and the growth of ATMs is merely one area of progress that indicates that the future of Bitcoin (BTC) in the global economy is bright.

All the ICO rage in 2018 prompted the emergence of Bitcoin (BTC) ATMs which really took off in 2020, despite Covid-19 hindering the rest of economic activities. 2020 can be considered as the trend-setting year for Bitcoin (BTC) ATMs, having started with 6,400 and ended with a total of 12,800 Bitcoin (BTC) ATMs.

Bitcoin (BTC) ATMs are not without their disadvantages due to the costly transaction fees. Due to this, some crypto community members said that they favor stationary crypto exchanges as opposed to ATMs. Nonetheless, it presents a unique opportunity for people to engage with Bitcoin (BTC) apart from garnering exposure and attraction for the largest cryptocurrency.

Even though China has banned cryptocurrency use, Beijing does have a digital renminbi and cash exchange service ATM.

NFT Platform with Token-Backed Loans is Now Launched by Kraken

The Year-End Message of Mexican Billionaire: “Believe in Yourself and Buy Bitcoin”