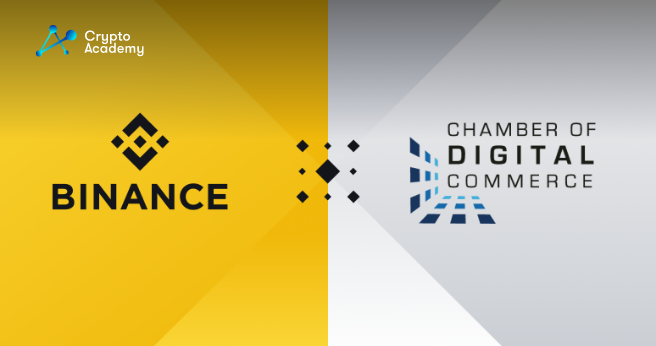 Binance is intensifying its regulatory efforts in the US by joining The Chamber of Digital Commerce. Today, it stated that the largest cryptocurrency exchange in the world by trading volume has joined an American lobbying group to “help establish policies that benefit and protect users.”

Binance stated that it would seek to “inform, advocate, and bring forward ideas” to assist in defining crypto policy in the United States when it joined the group’s Executive Committee.

The Chamber of Digital Commerce promotes the use of digital assets and blockchain-based technology to government authorities, claiming to be the largest such organization in the world.

Binance.US, Binance’s American subsidiary, joined the organization last year. Along with key participants in the cryptocurrency field, including Dapper Labs, Ripple, and Circle, other notable members include well-known traditional banking institutions like Citi, Visa, and MasterCard.

“As an organization at the crux of the industry’s rapid growth and complex regulatory environment, working hand in glove with policymakers, regulatory bodies, and industry groups like the Chamber is imperative for Binance,” said the company’s Vice President, Joanne Kubba.

The decision by Binance comes as American legislators struggle to determine how to govern the cryptocurrency industry. Politicians needed a wake-up call following the massive collapse of the digital asset exchange FTX in November, which cost its clients, many of whom were Americans, possibly billions of dollars worth of cryptocurrencies.

According to Reuters, U.S. officials are reportedly contemplating charging Binance, including its CEO and founder Changpeng “CZ” Zhao. The alleged charges are connected to a 2018 investigation into Binance’s adherence to anti-money laundering regulations and penalties.

Binance was also a significant factor in the demise of FTX since CZ declared that he would liquidate the exchange’s FTT holdings, which led to a liquidity issue. Then he said that Binance had agreed to a non-binding letter of intent to buy FTX in order to help consumers but that it had backed out the next day after realizing the severity of FTX’s problems.

Days later, the crypto market as a whole, including multiple businesses with exposure to the monster, was destroyed by FTX’s bankruptcy filing. Starting with Terra’s demise in May, this kind of contagion has characterized the cryptocurrency market this year.