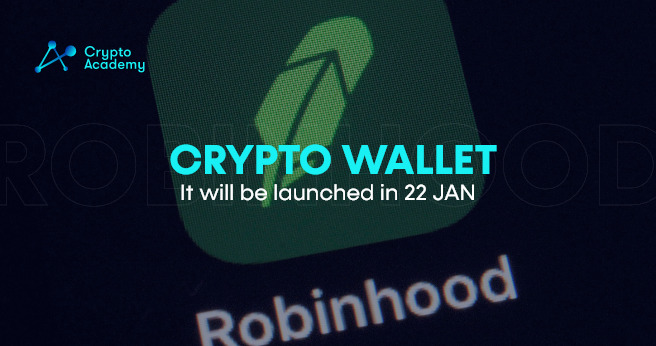 A Beta version of the crypto wallet is about to be launched by the platform of Robinhood in mid-January of 2022.

Regarding test stages, the Robinhood platform accomplished crypto wallets features with no charging fees of trading for its customers, allowing users to exchange their cryptocurrencies.

During the initial alpha testing on November 22, Robinhood used Dogecoin (DOGE). Robinhood has acknowledged positive feedback from its users, which adds valuable help for enhancing the beta version to offer qualitative services.

The launching of the Beta version is primarily focused on bringing high levels of security, transparency of network costs, as well as education enhancement. Multi-factor authentication will be also introduced as a security failsafe. As a result of the transparency of gas expenses, customers will be able to gather all the information related to on-chain transactions seamlessly.

Equally important, the educational material implemented in this platform aims to support users in understanding the procedure of transferring cryptocurrency, and also to expand the explanation after technical terms, like “network fee”, “transaction ID”, and other similar concepts.

Robinhood released a statement clarifying that “while some say 2021 is the year that crypto went mainstream, the truth is that most people are still familiarizing themselves with the asset class and how to navigate the blockchain.”

Moreover, on the 14th of December, Robinhood revealed that they have acquired Cove Markets. As cross-exchange trading and an API platform, Cove Markets allows users to manage their encrypted accounts by having the ability to trade on numerous centralized exchanges and administer their monetary data.