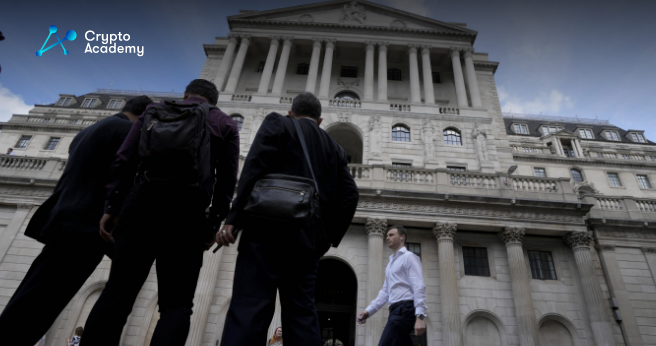 The Bank of England has just announced that it has increased interest rates to 3% in order to fight inflation.

For the first time in 33 years, the Bank of England, which acts as the federal reserve or lender of the last resort in the UK, has increased interest at this level.

It increased interest rates by 75 basis points as voted by the majority of the Monetary Policy Committee (MPC).

According to the CEO of CoinCorner in England Danny Scott, the increased interest rates may only make matters worse. The increased interest rates entail perhaps more savings but much less investment from businesses. People’s real incomes have declined, but perhaps this could prove to be the only way to achieve price stability in the coming months.

The GBP/USD pair also shows a devaluation of the pound, as 1 GBP is $1.11 at the time of writing.

There are ongoing attempts by various politicians in the UK to make the kingdom a global hub for cryptocurrencies.

Moreover, more interest in cryptocurrencies arose with the arrival of the new Prime Minister of the UK. The latter has been a strong proponent of digital currencies for years now. It remains to see how he and his team will approach crypto adoption in the coming months/years.

Nevertheless, the start of the recession in the UK was inevitable given the current political and economic state of the world. Whether the increased interest rates will be effective in terms of price stability and whether it may have an impact on the price of the likes of Bitcoin, remains to be seen.