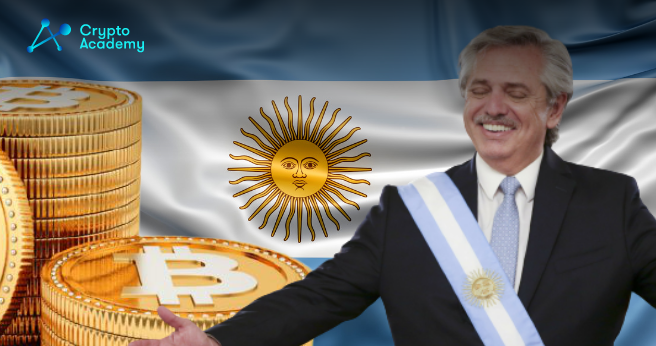 The largest futures market in Argentina aims to be the first Latin American country to offer Bitcoin features.

Last week, local exchange Matba Rofex said that it has submitted a request to Argentina’s securities commission to start trading Bitcoin futures in pesos. The regulator has yet to make a decision, although the talks are going well.

While regulated marketplaces, such as CME Group Inc., the world’s biggest exchange operator, provide few possibilities, BTC futures have been accessible in exchanges that are not well regulated.

From 2017 to 2019, CBOE Global Markets Inc., the biggest U.S. options exchange, provided Bitcoin futures until demand dried up due to a drop in the cryptocurrency’s price.

The deputy general manager of Matba Rofex financial markets explained in a phone interview that they want to lure in clients that are unable to trade on unregulated markets. Clients are already requiring more exposure in the crypto sector.

This proposal is being considered by Argentina’s regulators however it is not yet a priority. The Economy Ministry and the Central Bank also have to evaluate the proposal.

As of now, Argentina ranks as one of the nine friendliest countries towards crypto, as reported by Chainalysis. Two-thirds of Argentines who invest in cryptocurrency say that the reason for doing so is to protect their investments in a country plagued by currency problems and yearly inflation of roughly 50%, according to Wunderman Thompson.

New futures, like other financial derivatives, will be traded with a cash settlement on electronic platforms, according to Matba Rofex’s strategy.

Because Bitcoin futures are deemed riskier than regular derivatives, they will require larger guarantees and fewer open contracts, according to Caram.

Matba Rofex is also considering developing futures for other cryptocurrencies like Ethereum, as well as new instruments like crypto exchange-traded funds, according to Caram.

Long Term Bitcoin Holders Emerge as the Biggest Beneficiaries with a Cost Basis of $17,750