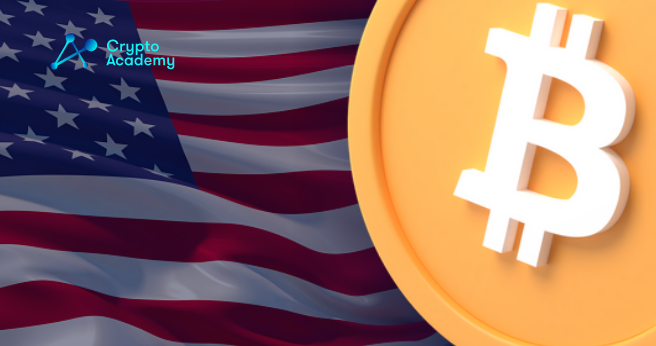 While there is a rising tide of political support for Bitcoin (BTC), the question is, will it be long-term backing or just hype?

Bitcoin (BTC) has had quite a challenging year, defined by huge price movements during which the OG cryptocurrency skyrocketed to all-time highs and retracted back to old lows with a sudden and shocking dive as 2021 comes to an end. Nonetheless, Bitcoin (BTC) remains unstoppable, having recently surpassed its personal best.

Apart from Bitcoin (BTC) spectacular market price changes, it appears that some politicians have realized the prospects of Bitcoin (BTC), with a slew of mayors around the US voicing bullish views.

Politicians, notably municipal mayors along the East Coast appear to be increasingly supportive of Bitcoin (BTC) mainstreaming. Below is a list of some mayors from across the United States who have voiced bullish sentiments for Bitcoin (BTC).

“In New York, we always go big, so I’m going to take my first THREE paychecks in Bitcoin,” tweeted Mayor Adams, who previously worked as a police officer who was known for being harsh on crime. He also noted that “NYC is going to be the center of the cryptocurrency industry and other fast-growing, innovative industries.”

Francis Suarez is probably the biggest Bitcoin (BTC) bull among US politicians. Having been recently re-elected as Miami Mayor for his second term, he has been the first mayor to pledge that his paychecks will be received in Bitcoin (BTC).

Suarez stated that as part of Miami’s goal of becoming the United States’ crypto capital, the city intends to provide digital wallets to its residents, which will be used to distribute Bitcoin (BTC) dividends from the city’s cryptocurrency stockpile.

Though reportedly the United States Law does not allow particular cities to keep volatile assets, Mayor Suarez is resolute in his quest to manage a tax-free city. In that respect, the re-elected Mayor will compensate the city employees in digital currencies.

Responding to the increasing mainstreaming of cryptocurrencies, Mayor Jayson Stewart of Cool Valley revealed that each citizen would get up to $1,000 in Bitcoin (BTC).

“A lot of it is about fixing the wrongs of the past financial system. In the past, we didn’t have access to this amazing technology that we have today when it comes to our financial system and storing our value” said the Cool Valley Mayor.

Since 2015, when he used to work for a technology company that served wealthy clientele and paid the staff in Bitcoin (BTC), the Missouri mayor has been an enthusiast of Bitcoin (BTC).

The city’s mayor, Scott Conger, confirmed that a blockchain task force is looking for ways to allow citizens to make property tax payments via Bitcoin (BTC). Mayor Conger believes that Bitcoin (BTC) will be the salvation for the devaluation of the US Dollar and inflation that is sweeping the global economy.

Last summer, the Mayor tweeted: “Why do we accept inflation? Why don’t we demand more from our federal government? 6.3% in 2 years. 172.8% in my lifetime. Every year our dollar is worth less. There is no rebound. There is only 1 fix for this.. #Bitcoin.”

Why do we accept inflation? Why don’t we demand more from our federal government?
6.3% in 2 years. 172.8% in my lifetime. Every year our dollar is worth less. There is no rebound.
There is only 1 fix for this.. #Bitcoin

Mayor Scott Conger also has plans in place to compensate employees of the city via Bitcoin (BTC), have the city hold Bitcoin (BTC) as an asset, and potentially integrate Ethereum (ETH) and Litecoin (LTC) in these revolutionary measures.

Reacting to the decisions of her counterparts in other cities in the United States, Mayor Jane Castor also revealed that she will also be expecting her paycheck in Bitcoin (BTC), as she made the announcement in the Florida Bitcoin and Blockchain Summit.

As the mainstreaming of Bitcoin (BTC) and other cryptocurrencies grows, politicians are increasingly showing support and coming up with new and innovative ways to play their part in fast-tracking the adoption of the biggest cryptocurrency.