Although the Price of Bitcoin Kicked Off the New Year with a Decline, Mining Difficulty is Increasing 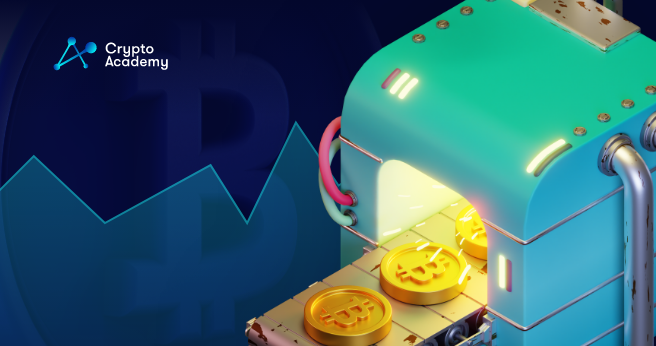 The network’s capacity to enhance mining difficulty in generating Bitcoin (BTC) has not been harmed by the price fluctuation. However, Bitcoin (BTC) difficulty has gained a significant all-time high for the second time in a 2 month period, as competitiveness between miners intensifies. Following the lows of July 2021, the hash rate has steadily risen in half a year by 45%.

The difficulty of the Bitcoin (BTC) network is defined by total processing power, which is linked to the difficulty of mining Bitcoin (BTC), as well as validating transactions. Miners face increasing resistance as the difficulty increases in verifying a block and receiving its reward. Those miners who could not keep up were disqualified in a way. This conflict among miners safeguarding the network and reaping sufficient income is expected to persist as they assess the viability of their ongoing activities.

In a comparable pattern to the difficulty measures of Bitcoin (BTC), evaluations of the network’s hash rate indicated achieving new all-time highs (ATHs). In terms of security, the Bitcoin (BTC) network appears to be at its pinnacle, because with the increasing power of hash rate that is used by the network, the work on the transactions if occurred on-chain will be more evenly dispersed.

Various hash rate peaks have been registered throughout the last few weeks due to the lack of a consistent agreement for calculating these measures. Even though there were various approaches taken to this issue, there is widespread agreement that since July of last year when the last reduction took place,  the hash rate and mining difficulty have been increasing.

Since reaching an all-time high, the difficulty of Bitcoin (BTC) has constantly increased for every difficulty adjustment of the network, irrespective of the measuring instruments employed. Miners will have to put in a lot more effort to resolve the algorithms that execute blockchain transactions. This might be the most crucial of the Bitcoin (BTC) network’s essential elements since it ensures that mining remains constant, and events such as black swan events, price, or sentiment do not affect it.

Albeit the hash rate and the mining difficulty are separate parameters entirely, they do have some correlation. The network’s hash rate has lately reached new highs. The hash rate of Bitcoin (BTC) hit 224.17 (EH/s) on February 14th.

Earlier this month, on March 3rd, there was an adjustment of the Bitcoin (BTC) mining difficulty, resulting in a -1.49% correlation. The negative correlation resulted in 197.19 exahashes of difficulty.

Following six consecutive gains, this is the first decline of the year. The statistic constantly adapts mining effort in accordance with miner involvement and has no effect on the general growing trend in mining difficulty.

Every 2016 blocks, the Bitcoin mining difficulty is adjusted to maintain block time and supply issuance.

The U.S government Executive Order 6102 forbade the personal holding of gold by citizens.

The symbolism in #Bitcoin is incredible.

315 blocks have been minted by the top six recognized worldwide mining pools which make up more than 56% of the amount overall. The most hash power has been supplied by AntPool and F2Pool.

The fundamental Bitcoin (BTC) can differ from the price volatility of the biggest cryptocurrency. As a result of the rising hash rate pattern, miner confidence about the success of their activities stays over extended time periods.

While the price has traditionally moved in line with the hash rate, considering contemporary macroeconomic developments, this trend is taking a step backward as fundamentals continue to improve but the spot price fluctuates.

As a result of the halving, the sum that Bitcoin (BTC) miners get for bringing additional transactions to the blockchain will be reduced. The second Bitcoin (BTC) halving which is predicted to take place in early 2024, will double the cost of Bitcoin (BTC) mining by halving block rewards.

On Bitcointalk, Satoshi Nakomoto, the anonymous Bitcoin (BTC) founder, addressed the cryptocurrency’s beginning: “The price of any commodity tends to gravitate toward the production cost. If the price is below cost, then production slows down. If the price is above cost, profit can be made by generating and selling more. At the same time, the increased production would increase the difficulty, pushing the cost of generating towards the price. In later years, when new coin generation is a small percentage of the existing supply, market price will dictate the cost of production more than the other way around.”

Unless an unanticipated black swan event takes place, such as the one that occurred in 2021 when China cracked down on Bitcoin (BTC) mining nationwide, historical data around crucial periods like prior Bitcoin (BTC) halvings indicates that Bitcoin (BTC) difficulty and hash rate will keep rising.

Bitcoin: Born to Be Different, But Turning Into Just Another Asset?