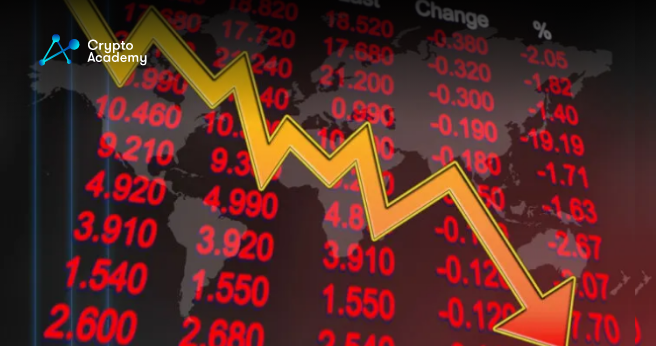 The much-awaited Fed rate hike has finally been announced, and as predicted, it delivered a significant hit to the larger cryptocurrency market on September 21.

The ensuing rises constitute the central bank’s swiftest change in policy since the 1980s, and this statistic shows a significant rise from March of 2022 when the fed funds rate remained close to zero.

Immediately following the announcement, Bitcoin’s (BTC) price wavered for a while before dropping along with American stocks.

According to Coingecko, Bitcoin (BTC) is currently changing hands at $18,730, having fallen 1.5% over the 24-hour period. The biggest cryptocurrency had previously traded over $22,000 the week before.

Though not as sharp, the loss of Ethereum (ETH) was still over $50 less. Prices dropped over 4% in both instances following the Fed’s announcement of the rise in interest rates.

Previously, the cost of Ethereum (ETH) was around $1,250, down 5.5% from the day before. Since the Merge that was finalized the week prior, the value of the second biggest cryptocurrency by market cap has decreased.

The Federal Open Market Committee (FOMC) has raised interest rates by 75 bps on three successive occasions, demonstrating the severity of the country’s rising inflation. It is obvious that the larger crypto market disapproves.

Economic data relating to inflation has been extremely important for the crypto space because it is inflation that is pushing the Federal Reserve to boost interest rates.

Cryptocurrencies have consequently already had a negative reaction to the Federal Reserve rate hike data. To Fr illustrate, Bitcoin (BTC) and Ethereum (ETH) values decreased by 5% and 7% respectively throughout the course of the next day when the Bureau of Labor Statistics released its report on the inflation rates for August 2022.

Fed Chair Jerome Powell said that inflation needs to be put behind, by arguing: “I wish there were a painless way to do that, but there isn’t.”

Powell’s remarks draw attention to the difficulty of the central bank’s predicament. The rate of inflation has stayed relatively high and reducing it is proving challenging.

Nevertheless, it’s still unclear how much the worth of cryptocurrencies could decline in 2022. Despite the lack of unfavorable news related to inflation and the Fed’s rise in interest rates, some experts think Bitcoin (BTC) will still experience a significant decrease in 2022, possibly to the $10,000 range.

However, Michael Saylor, MicroStrategy chair and co-founder, said that if Bitcoin’s market value catches up to that of gold, it could recover to its all-time high of $68,990 in a 4-year timeframe and reach $500,000 in the ensuing decade.

Tether is Court Ordered to Submit Supporting Documents for USDT