Will Terra’s UST and LUNA Crash Cause a Shift to ‘Cryptos that have Stood the Test of Time’?

LUNA has left crypto enthusiasts’ mouths agape because they could never imagine in their wildest dreams that one of the top ten cryptocurrencies could collapse to near-zero overnight. 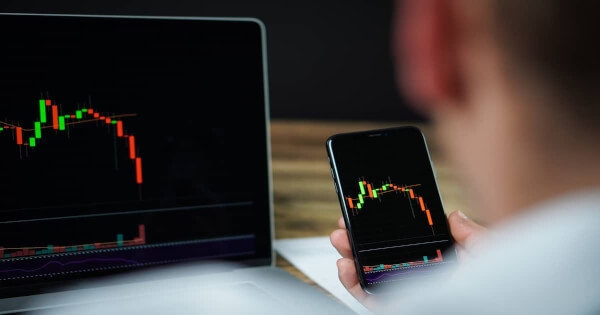 LUNA sent shockwaves to the crypto market because it nearly lost 100% of its value by hitting an all-time low of $0.027 on May 12 from the all-time high (ATH) price of $119.18 recorded nearly a month ago on April 5, according to CoinGecko. 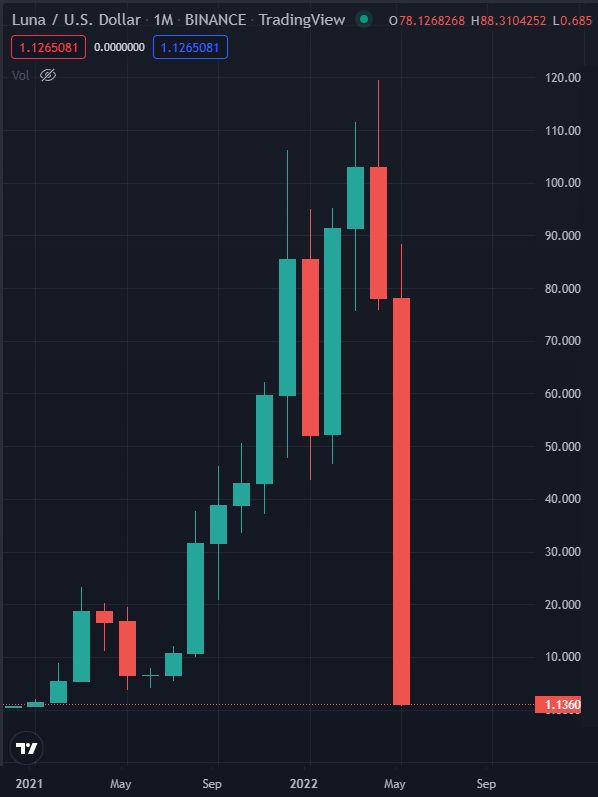 As one of the top ten cryptocurrencies, LUNA’s market capitalisation had surpassed $40 billion, but the present crash drove it to lows of $349,000.

The algorithmic UST stablecoin on the Terra network was not spared either because it nosedived to historic lows of $0.29 on May 11. The stablecoin’s ATH was recorded on January 11, 2021, when the price soared to $1.09, according to CoinGecko.

What caused the crash?

Things started going south when UST’s price experienced a free fall to the extent that leading crypto exchange Binance temporarily halted its withdrawals together with that of LUNA.

Anshul Dhir, the co-founder and COO of EasyFi Network, opined:

“Terra’s fall could be attributed to large scale selloffs of the LUNA tokens owing to the reported “de-peg ” of the algorithmic stable coin. This selloff must have also got exacerbated with the market already being in a largely bearish mode.”

The algorithmic nature of UST could have triggered the crash because its value is not directly pegged to the US dollar, according to Ransu Salovaara, the CEO of decentralised finance platform Likvidi. He added:

“It’s important now to acknowledge that Terra is a so-called algorithmic stablecoin, not directly backed by USD. The most popular stable coins like Tether (USDT) and USDC are actually backed by USD in the bank and both of those survived the market sell-off well.”

Therefore, the current crash shows the problems associated with algorithmic-based stablecoins because they are at the experimental stage.

Explaining the current fiasco, Do Kwon, the founder of Terraforms Labs, took to Twitter and tweeted:

“The price stabilization mechanism is absorbing UST supply (over 10% of total supply), but the cost of absorbing so much stablecoins at the same time has stretched out the on-chain swap spread to 40%, and Luna price has diminished dramatically absorbing the arbs.”

Was Do Kwon the face behind the failed algorithmic Basis Cash stablecoin?

Former Terra employees claimed that Do Kwon, the company’s CEO behind the Terra network, was one of the pseudonymous co-founders of the failed algorithmic Basis Cash (BAC) stablecoin.

Hyungsuk Kang, a former Terraform Labs engineer, noted that BAC was a side project. He added:

“Basis Cash wasn’t tested at the moment, and we weren’t even sure it would work. Kwon wanted to just test it out. He said that this was a pilot project for doing that.”

Launched in late 2020 on the Ethereum (ETH) network, Basis Cash was deemed a game-changer that could revive the decentralised finance (DeFi) Sector.

However, BAC never saw the light of day because it dropped below the $1 peg and traded below the 1 cent mark on May 12 by hovering around $0.0059, according to CoinGecko.

Just like UST, Basis Cash had to maintain the $1 threshold through code and not collateral. Therefore, history seems to be repeating itself concerning LUNA and UST.

‘Cryptocurrencies that have stood the test of time’

On January 3, 2009, Bitcoin’s genesis block was mined, setting the ball rolling on what the crypto space would offer.

Thirteen years down the line, Bitcoin’s dominance in the crypto sector continues to be felt even though its journey has not been smooth sailing.

For instance, as the coronavirus (COVID-19) pandemic continued to wreak havoc in early 2020, Bitcoin shed off more than 50% of its value in less than 48 hours on March 12, commonly called the ‘Black Thursday’ based on the global stock market crash.

A month later, the leading cryptocurrency found itself on the receiving end after plummeting by more than 50% to hit lows of $30K based on Chinese authorities’ intensified crackdown on crypto mining.

Despite the present bearish picture, Bitcoin has shown that it’s a hard nut to crack based on the ups and downs endured in its 13-year journey.

Veteran trader Peter Brandt believes Bitcoin is the face of crypto. He pointed out:

“This decline is just plain Lunatic LUNA. I have spoken open about my distrust of altcoins and that crypto is Bitcoin and Bitcoin is crypto. The problem is that distrust in that which is distrustful can spill over into that which is trustworthy (Bitcoin).” 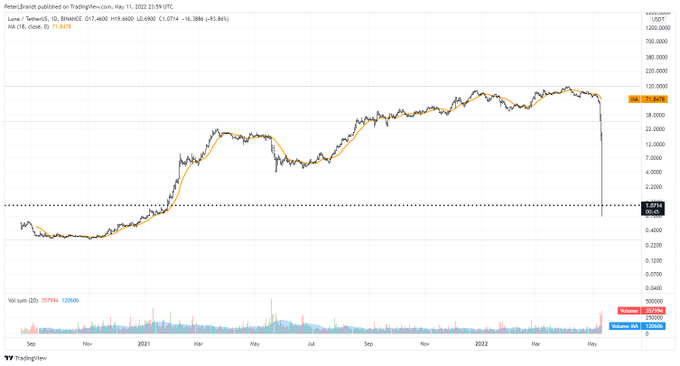 Ethereum has also been in existence for close to seven years, and it is crafting a name for itself in the DeFi sector.

Therefore, the LUNA and UST crash might shift the narrative to more established cryptocurrencies that have stood the test of time.