The continued crackdown on crypto mining in China has affected most cryptocurrencies, and Ethereum (ETH) has not been spared. ETH was down by 20.62% in the last seven days to hit $1,996 on Thursday during intraday trading, according to CoinMarketCap. 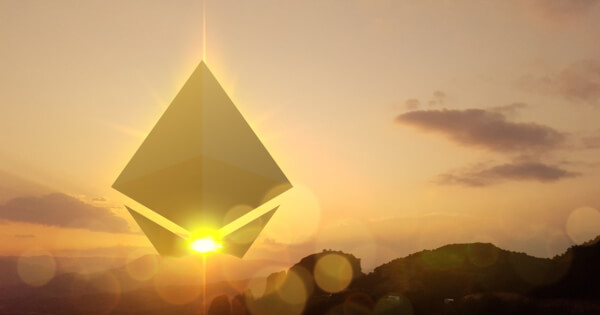 The market capitalisation of ETH recorded $500 billion in April, made it more valuable than payment giants Visa and PayPal. Nevertheless, its value has sunk to $230 billion.

The market crash witnessed in the crypto space has also washed away Ethereum miners’ revenue, as disclosed by Glassnode. The on-chain metrics provider explained:

Moreover, the number of ETH addresses holding at least 100 coins recently plunged to a 21-month low.

The ongoing clampdown on crypto-related activities in China has also affected the number of Ethereum addresses in profits. Data science firm IntoTheBlock explained:

“The number of addresses profiting from their ETH positions dropped below 85% for the first time since December 25 of 2020. At the current price of $1,872.1, 83.51% of the addresses currently holding ETH are in the money.”

Ethereum needs to reclaim $2,100 for bulls

“In 2017, Ethereum dropped by 70% after an epic rally for the first half of the year. It then ranged sideways for months, before exploding in an orgasmic burst at the end of the year! Just some food for thought.”

It, however, remains to be observed whether Ethereum’s upward momentum will continue, given that its recent bull run triggered an all-time high of $4,350 as more participants continued joining the ETH network.

Jim Cramer Sold Most of His Bitcoin Holdings but Willing to Buy Again If Prices Fall to Near $10,000