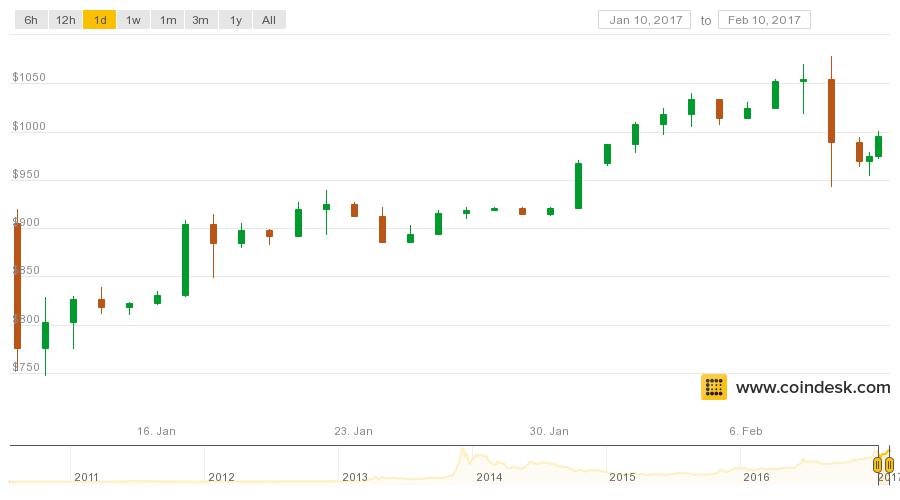 Traders seem to be already pricing in the US Securities and Exchange Commission’s (SEC) upcoming ruling on the Winklevoss bitcoin exchange-traded fund (ETF), according to most analysts polled by CoinDesk.

Should the fund – sought by Tyler and Cameron Winklevoss – receive approval, the creation of an easily accessible investment vehicle could trigger a massive influx of capital and robust price increases, market observers have stated. As a result, the SEC decision, which has a deadline of 11th March, has drawn significant attention from traders.

Several analysts spoke with CoinDesk about how an SEC decision to approve a bitcoin ETF could have a significant impact on the market for the digital currency.

“If the Winklevoss ETF, or any other bitcoin ETF for that matter, is approved by the SEC, bitcoin prices are almost certainly likely to jump in the following months and years,” said Petar Zivkovski, COO of leveraged bitcoin trading platform Whaleclub.

He pointed to the sharp gains that gold and silver prices enjoyed after ETFs backed by these commodities hit the market. “A bitcoin ETF could also open the door” to retirement accounts and pension funds, which represent a market worth trillions.

Arthur Hayes, co-founder and CEO of leveraged bitcoin trading platform BitMEX, also offered some bullish commentary, stating that SEC approval would likely motivate foreign regulators to approve similar listings in their jurisdictions. He added that this could have a huge effect on the digital currency, saying:

“Traders know what effect as little as $10m of fresh cash can have on the price of bitcoin. Thirty times that would fire the engines to Alpha Centauri.”

Jacob Eliosoff, an algorithmic trader, weighed in on how approving the SEC could spur both significant investor interest and higher prices.

“I’d expect approval of the ETF to trigger a deluge of mainstream and institutional investor money pouring in. So, even if the chance of approval is small, it’s a small chance of a big gain, which could certainly be pushing up the price.”

While several market observers have emphasized how much of a difference approving a bitcoin ETF would make, traders have offered a wide range of views on what the SEC may decide.

Many are optimistic that the Winklevoss fund will receive approval, according to Ryan Rabaglia, head trader for Octagon Strategy. “Most traders are bullish that something will get done,” he told CoinDesk.

“I think that the Winklevoss ETF has a real chance of getting approval.”

However, not everyone is so certain. Zivkovski described the markets as cautiously optimistic about the fund’s chances of receiving approval, pointing to market dynamics to support his point of view.

He recently told CoinDesk that most of the orders coming in to his platform are long, and Whaleclub data shows that in the seven days through 10th February, speculative wagers were 84% long. ‘Confidence’, which measures the extent by which a particular session’s position sizes were larger than average, averaged 83% during this period.

While these figures seemingly point to bullish sentiment, some analysts have painted a less optimistic picture of the situation, forecasting that the fund has low chances of obtaining approval.

Kevin Zhou, a cryptocurrency trader for exchange Kraken, estimated that the markets are giving the ETF a 10% chance of receiving authorization from the SEC – a figure with which he agrees.

Spencer Bogart, an analyst for Needham & Company, has also provided a less-than-optimistic forecast.

The Winklevoss ETF might still run into some hurdles that could prevent its approval. The SEC has already provided the Winklevoss twins with many potential risks they must consider, including whether the fund could be the victim of a hack or whether the bitcoin network could split into more than one faction, as happened with ethereum.

The Winklevoss twins originally filed for the ETF in July 2013, so the fund has been awaiting approval for more than three years. Even after this time, unanswered questions still remain, said Zivkovski.

For example, he asked how a bitcoin ETF would fulfill demand on the notoriously illiquid bitcoin markets. And would the Winklevoss fund provide insurance in the event of a hack?

There are also concerns that approving a bitcoin ETF could intensify volatility, according to Hayes. The “copycat effect” – where foreign regulators follow the SEC’s lead – could end up being one of the reasons the government agency refuses to give the fund the nod.

Hayes pointed to the sharp price fluctuations bitcoin has experienced over the last several weeks, as the digital currency surged to more than $1,150 and then fell below $750.

“No doubt the SEC has been watching,” he said.

In addition, the government agency might reject the proposed fund simply to cover its back, according to Bogart. Pointing to the SEC’s generally conservative nature, he asserted that, if the organization’s staff approve the ETF, they have little to gain and much to lose.

Bogart suggested that if the fund does well, the staff who approved it will likely not receive any recognition, but if it does poorly, they could face serious consequences.

In spite of the ETF’s aforementioned obstacles, the current situation is on the whole a good one for bitcoin prices, said Hayes.

While Bogart has given the Winklevoss fund low odds of approval, a refusal would cause only a “slight drop” in price. he said.

Past that, he described the approval of a bitcoin ETF as inevitable, saying:

“A publicly traded ETF will come, it’s just a matter of time.”

Because of these factors, Bogart described the risk-reward ratio for this event as positive.

Willy Woo, a derivatives trader and cryptocurrency enthusiast, painted a similar picture, emphasizing that while a ‘no’ from the SEC would produce a minor correction in price, a ‘yes’ would produce sharp gains.

Trader at work image via Shutterstock

3 Dead Cats And A Moon: A Guide to Bitcoin’s Price Consolidation