Bitcoin (BTC) has lacked a significant leg up as bears continue to bite. Nevertheless, Bitcoin hodlers are not relenting in their quest to have more coins. 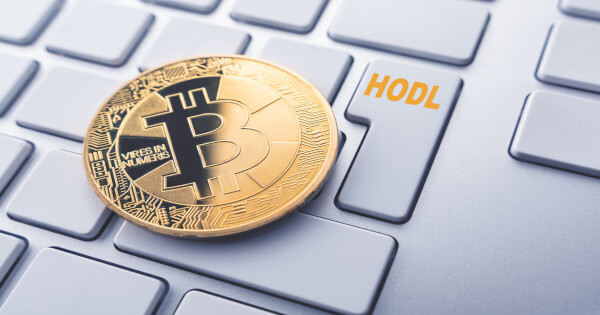 “The number of Bitcoin hodllers has been growing in the bear market. Over 42M addresses are currently holding BTC, 4.5M more than a year ago.” 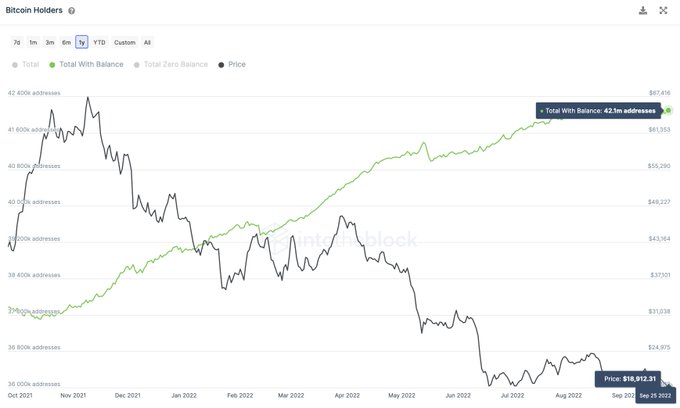 Since coins are stored for the future other than speculation, hodling has emerged as one of the sought-after strategies in the Bitcoin market. Furthermore, it triggers a bullish picture because it reduces selling pressure.

Glassnode recently noted that even though Bitcoin has lacked a significant upward momentum, this has not dampened the spirits of hodlers because coins aged at least 3 months hit an ATH of 86.3%, Blockchain.News reported.

On the other hand, Bitcoin addresses with at least 0.01 coins have been surging. Glassnode stated: 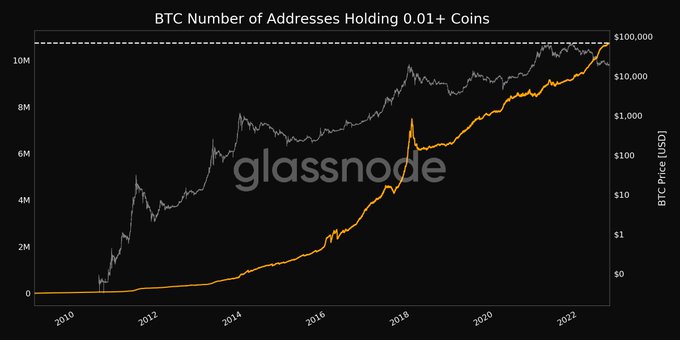 Even though a bullish picture has not been painted in the Bitcoin market, it remains to be seen how things shape up for the leading crypto in the short term. 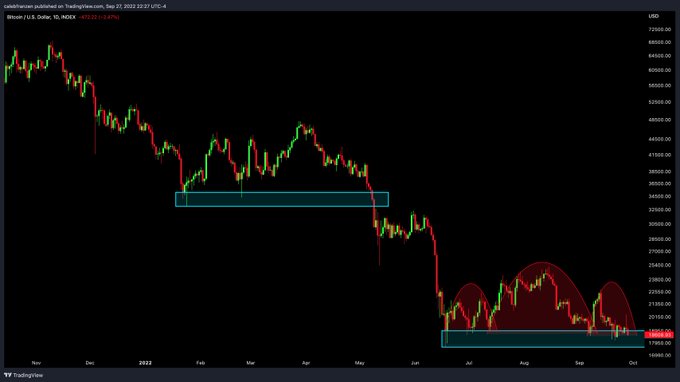 Bitcoin was down by 7.23% to hit $18,723 during intraday trading, according to CoinMarketCap.

Failure of Proper Audit is the Reason the Former Auditor of Tether is Fined $1.5 Million by the SEC