There’s currently no doubt that the process of mainstream adoption of cryptos has begun.

All the moves that are taking place in the crypto space, banks using crypto, the increasing number of BTC ATMs, more merchants accepting Bitcoin and more digital assets, huge names backing mass adoption and so on.

All these signs point to the fact that the cryptosphere is heading towards a successful goal of mainstream adoption.

2019 has been predicted to be the year that will mark this incredible turning point in the crypto history, and it seems that things are going just as planned.

Google’s iOS keyboard has just added a brand new symbol for the Bitcoin digital asset. Users can easily type in Bitcoin’s iconic “B” symbol, as reported by the Daily Hodl.

In order to find this new feature, you have to make sure that you have the Gboard app installed instead of the default Apple keyboard. After Gboard is there, all you have to do is press and hold the dollar sign.

“The Bitcoin symbol is similar to, but different from, the symbol for the Thai baht “฿,” which has a vertical line running through it,” the online publication writes.

The symbol did not pop up on Android as well just yet, but we have a feeling it might be on its way. 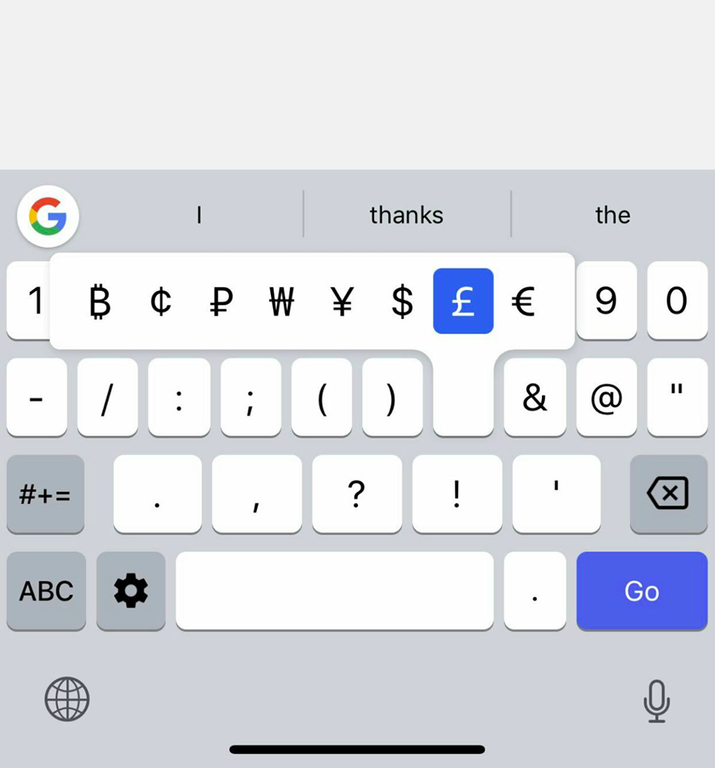 As we said, Bitcoin mass adoption is getting closer at a really fast pace.

The number of merchants who are accepting Bitcoin seems to have grown in the past six years by 700% says Bitcoin directory service provider, Coinmap’s data.

How to Bring Balance to IoT Device Identity Management with Blockchain