After dropping to lows of $38.5K over the Easter weekend, Bitcoin (BTC) has gained momentum and breached the psychological price of $40,000 based on an uptick in trading volume. 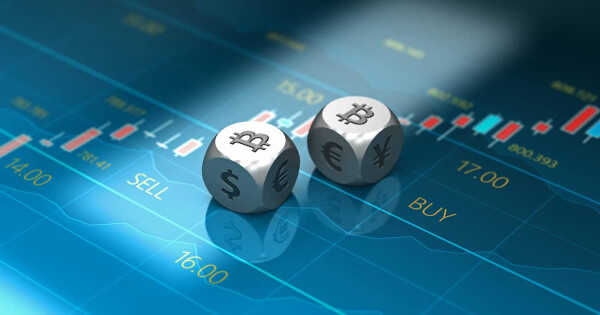 The leading cryptocurrency was up by 4.49% in the last 24 hours to hit $40,758 during intraday trading, according to CoinMarketCap. Market. Crypto insight provider Santiment pointed out:

“On a nice rebound day for crypto, trading volume has picked up significantly after a particularly dormant weekend as prices quickly jumped back to its pre-Thursday dip prices.”

Bitcoin whales might have had a hand in the bullish momentum based on increased addresses. Market analyst Ali Martinez explained:

“Addresses with a balance greater than 1,000 BTC have surged since Apr 8. Roughly 16 new BTC whales have joined the network. The increasing buying pressure might seem insignificant, but each of these new addresses acquired a minimum of $39,000,000 worth of Bitcoin.” 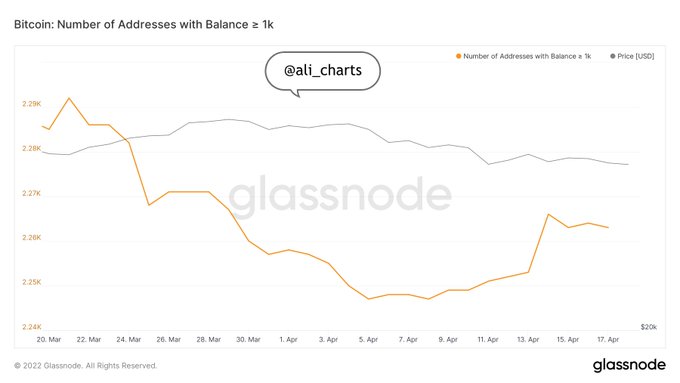 According to Martinez, Bitcoin should hold the $38.5K level to avoid a slip to the $32K area because it serves as the last line of defence. He noted: 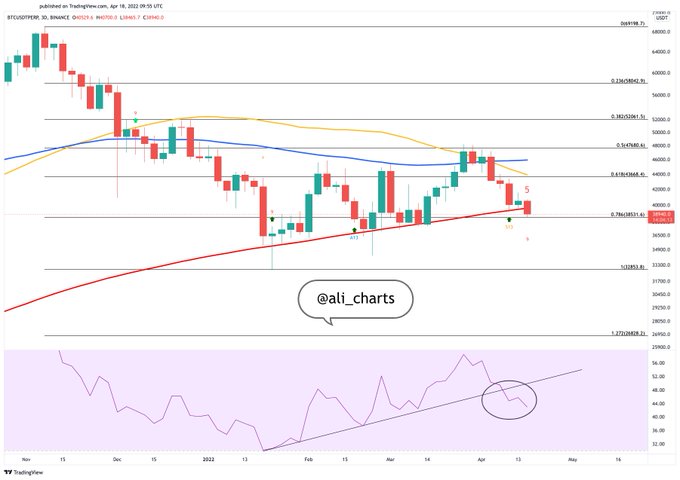 The recent lows of $38,500 witnessed over the Easter weekend might have been triggered by significant selling pressure from the Bitcoin perpetual swaps market.

“It appears that there’s strong selling pressure in the BTC perpetual swaps market. – Negative funding rates across all major exchanges – Spike in volume since April 16, coinciding with the decline in price. – Rising Open Interest, suggesting more shorts are being opened.”

Meanwhile, Bitcoin ATMs continue to play a vital role in providing the much-needed infrastructure when buying and selling BTC, given that 22 machines were installed per day globally last month.