CashApp, one of the world’s most popular payment applications, has announced integrating a new feature that will allow its users to convert their paycheck to Bitcoin (BTC) automatically. 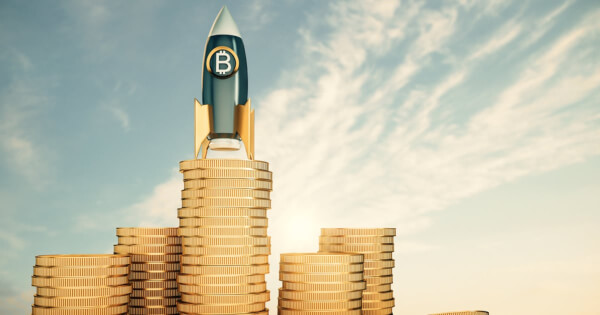 While it is a traditional fintech outfit operated by Jack Dorsey’s Block Inc, CashApp comes off as one of the first mainstream payment apps to support Bitcoin since 2018.

The ‘Paycheck-to-Bitcoin’ feature integration comes as the platform’s way of re-energizing its support for BTC across the board.

“To make Bitcoin even more universally accessible, we’re announcing Lightning receives,” said Suter. “In the coming months, you’ll be able to receive bitcoin over the Lightning Network with no block confirmations needed.”

Cryptocurrencies, particularly Bitcoin, are going mainstream, and top payment firms are actively exploring avenues to offer their users more value in this regard. Beyond CashApp, PayPal is also broadening its support for Bitcoin and has provided a way for its users to buy a limited range of digital currencies, including Ethereum (ETH), Bitcoin Cash (BCH), and Litecoin (LTC) respectively.

While PayPal launched its crypto trading services relatively later than CashApp, it has since extended the service to the United Kingdom in an aggressive push under CEO Dan Schulman.

Beyond these top fintech outfits, other notable payment companies, including PayPal-owned Venmo, also extend their capabilities to bring Bitcoin payments to their users. With the traction recorded in the fintech space thus far, Bitcoin payment integration will be a trend that will span into the foreseeable future.

According to Financial Times, Meta Intends to Launch Virtual Tokens