Crypto whale activity is usually associated with big price movements, particularly when whale transfers are taking place between an external wallet and an exchange. There are many whale alert tools crypto market participants monitor, and we at ChangeNOW.io as well, to gain insights into what’s happening in the market.

A whale that transfers large amounts of BTC to an exchange usually does so to sell their holdings. Whenever a whale withdraws crypto from an exchange, the market interprets the transfer as an intention to hold it as a store of value.

The BitInfoCharts list of the richest wallets shows exchange wallets among others, and we aren’t particularly interested in what happens there.

While exchanges may not disclose their other wallets, they often use them for internal purposes like collecting users’ deposits before moving them on. In other words, they have a suite of algorithms to help them execute customers’ orders.

Whale bots and alerts cannot identify who owns wallets, whether it’s an individual, a business, or an exchange that uses them internally. Yet, they signal big movements informing the market that a whale has moved. This is technically true. Who actually digs deeper? The news spreads, the market interprets it, and that is where the market sentiment is formed.

This was the case with Bitcoin.com web portal, which reported a major whale’s move from a cold wallet to an exchange caught by Bitcoin Parser 3, a tool that examines all addresses’ ins or outs of a total of 1,000 BTC or more over a 100-block period.

It identified that a staggering amount of 36,645 BTC was received on December 2 and 10,547 Bitcoins were sent from the wallet bc1qm34lsc65zpw79lxes69zkqmk6ee3ewf0j77s3h within a day:

Yet another solid amount of Bitcoins was sent on December 4:

I investigated further and found that the funds were not received and sent all at once, but in stages. 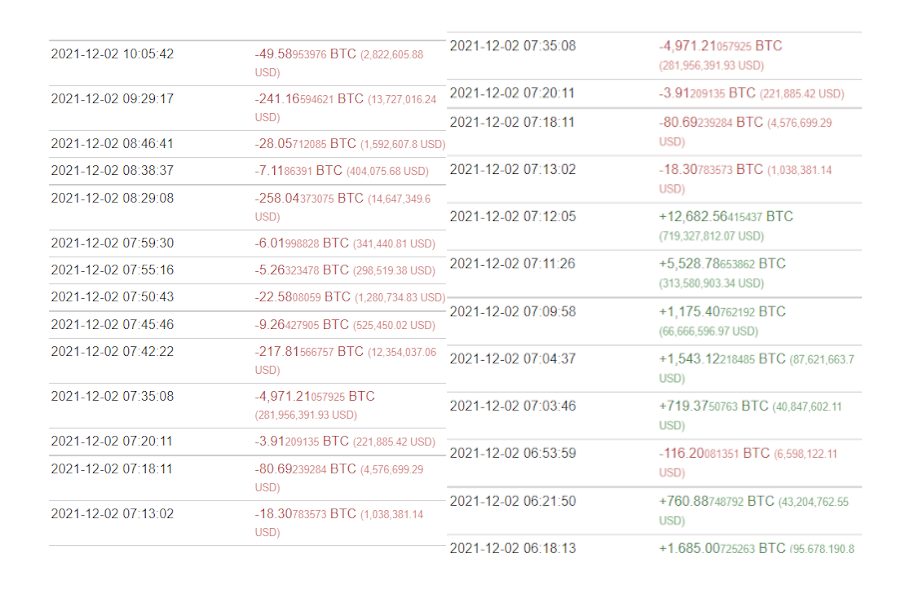 The most interesting part of this is that the profits column is always negative, and all outgoing and incoming transactions always produce a pattern of precisely repeating figures, which proves the computer-generated nature of these movements. 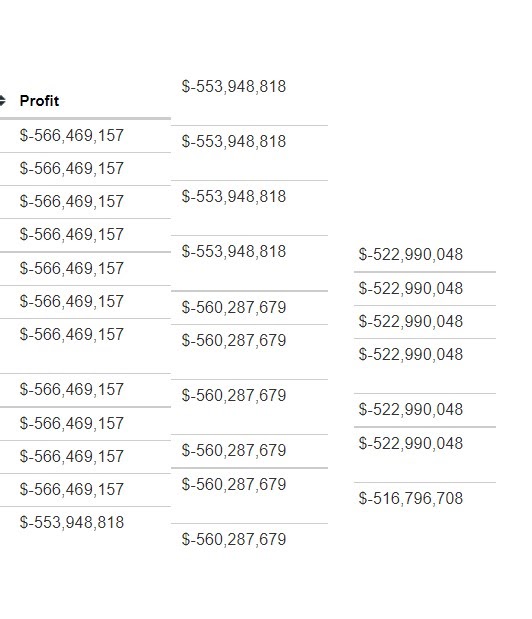 While the owner of the address cannot be determined with certainty, crypto transaction analysis websites can match it with other similar addresses, indicating who it might belong to. 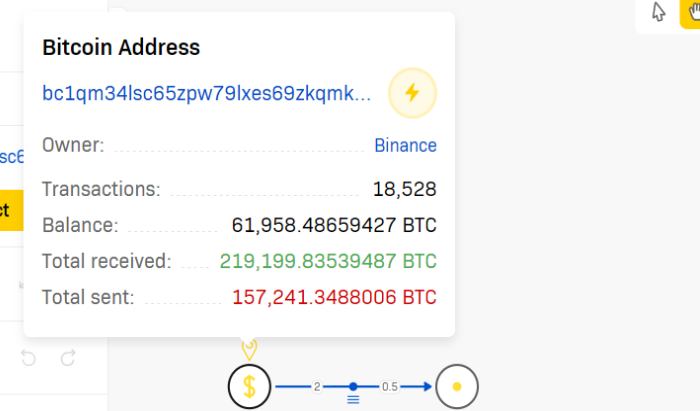 It appears to be owned by Binance crypto exchange. Isn’t that strange?

Interestingly, analyst Willy Woo suggested that spoofing, a disruptive algorithmic trading activity aimed at manipulating markets, was occurring on Binance and might have caused BTC price to slump. 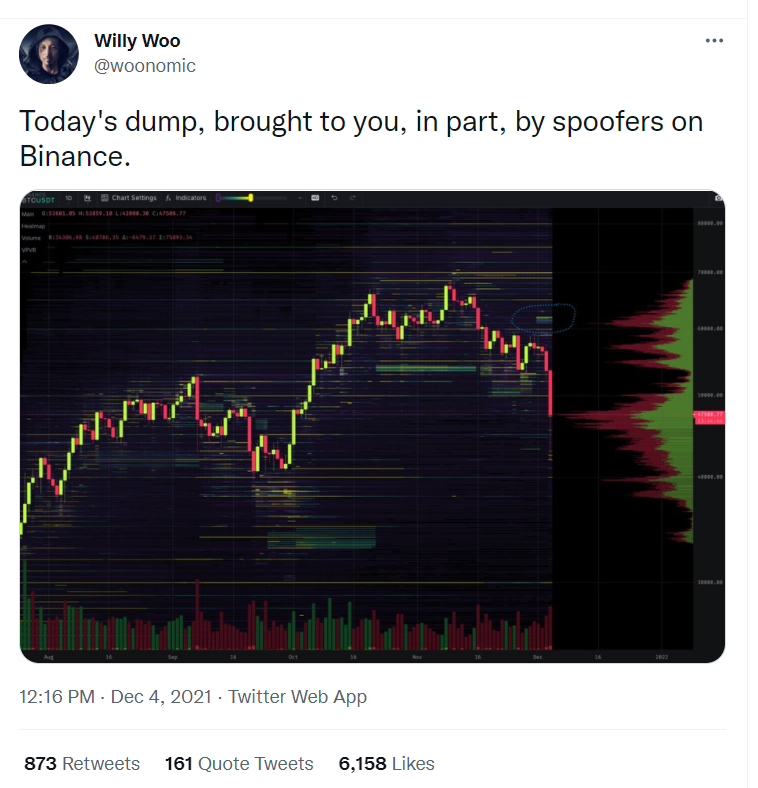 This is a brief story so you can better understand what spoofing is. An individual (or group of individuals) was suspected of manipulating Bitfinex prices in 2017 using this strategy.

Spoofing consists of placing highly visible orders but not intending to keep them. A second order of the opposite type is placed shortly after or during the spoof order.

It would be unwise, however, to point the finger at just one Bitcoin whale rather than consider too many fundamental factors that led to a drop in the crypto market.

Several other factors could also contribute to BTC’s decline, including increased leverage on the Bitcoin futures market, with investors and speculators using mortgage loans to purchase more Bitcoin in anticipation of a rally at year’s end. Moreover, market concerns about the slowdown in US labor market growth, the outbreak of the omicron coronavirus, and what this might mean for the global economy were reflected in the crypto market.

But could that whale be a trigger for the sell-off? From the looks of things, yes. Even though the address is technically a whale, it behaves differently. ‘Normal’ whales tend to accumulate assets during dips and then sell them at a peak. The whale in question didn’t do this. However, it’s unclear if this was intentional or just an internal technical thing. The fact remains that it did happen and might have sparked a crypto market downturn.

It’s crucial that we do our own research and not just rely on media reports as our sole source of information. It’s possible that someone would like us to think and act in a certain way for their own benefit. Making an informed and weighted decision always starts with a cold-eyed analysis.

NB! Please note that this article was originally published at Bitcoinmagazine.