2018 was a really long bearish year which ended by taking a huge part of the crypto market’s cap after the fall of Bitcoin.

For 2019, experts have predicted a better year in terms of prices and especially mass adoption.

While the moves towards the mainstream adoption of cryptos are going great, the price movements are not excellent.

Bloomberg just issued a Bitcoin warning, saying that the apparent rally has started to lose some steam.

They write that until BTC is able to sustain a run past $4,000, the price will keep coming under pressure.

The famous publication continues and explains that “After logging its first positive returns in seven months during February and rising off its 52-week lows, Bitcoin’s Moving Average Convergence Divergence indicator has been steadily falling since mid-February.”

Crypto Intelligence analyst Mike McGlone said that the industry would be resuming a path to lower prices, as reported by The Daily Hodl.

eToro believes that crypto winter is over

On the other hand, Mati Greenspan, eToro analyst, said that the crypto market is slowly but definitely approaching the end of this really long crypto winter.

“As we approach the culmination of the crypto winter, we’re actually seeing some of the altcoins delivering spectacular gains in the last few weeks. We are now in what industry insiders like to call alt-season,” he says. 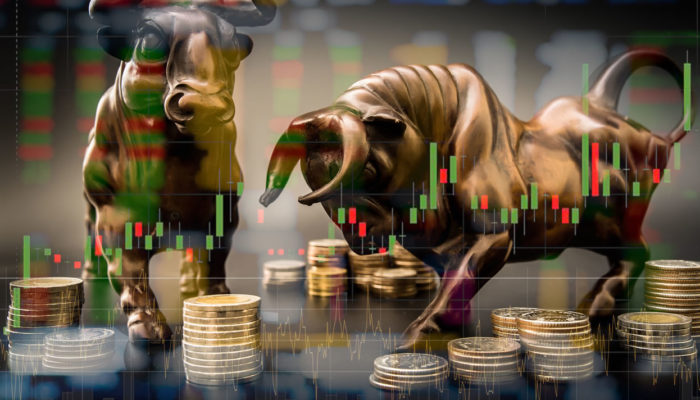 If you recall, Tron’s founder Justin Sun also said that he is confident that BTC has already hit a bottom and things will go for the better from now on.

There have been a lot of positive Bitcoin-related predictions in the crypto space as well.

These predictions are piling up on a daily basis. Mike Novogratz said that BTC would skyrocket during the next financial crisis.