Bitcoin’s Profit-Taking Skyrockets, Will $40K to Be Reclaimed?

Stepping into May, Bitcoin (BTC) continues to turn red after nosediving below the psychological price of $40,000. 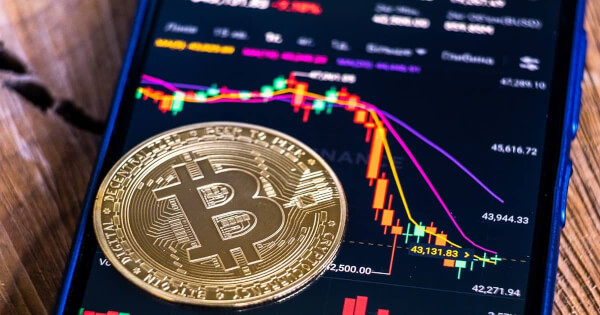 The leading cryptocurrency was down by 4.85% in the last seven days to hit $38,531, during intraday trading, according to CoinMarketCap.

“Bitcoin’s network is seeing a massive 12.5 to 1 ratio of transactions in profit vs. transactions in loss territory. Traders’ confidence in BTC regaining the $40K mark appears to be slim.” 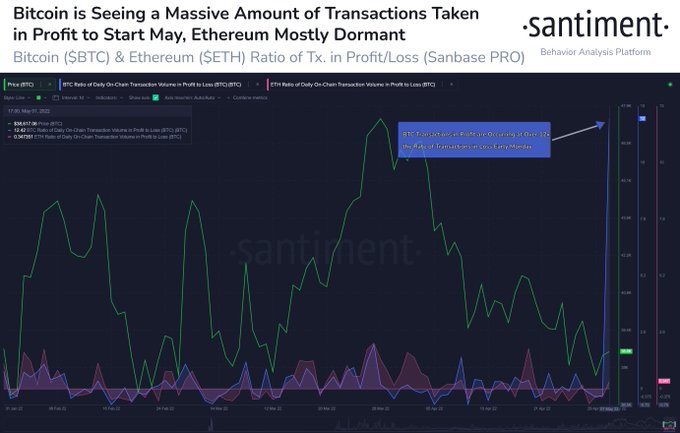 Therefore, the selling pressure witnessed in the Bitcoin market was prompted by high liquidation as traders were cashing in profits after the leading cryptocurrency recently breached the $40,000 level.

Therefore, the profit-taking tendencies need to be tamed to increase Bitcoin’s chances of reclaiming the psychological price of $40K.

Meanwhile, Market analyst Michael van de Poppe believes BTC finds itself in a narrow playing field, which is bullish because a big impulse move might be on the horizon. He pointed out:

“Bitcoin is getting into a narrow playing field and is ready for a big impulse move. I’m betting on the upside, as the DXY is showing some weakness too. Crucial level to break: $40.3-40.6K first.”

Therefore, it remains to be examined how Bitcoin plays out because major support levels continue to hold, according to crypto analyst Rekt Capital. 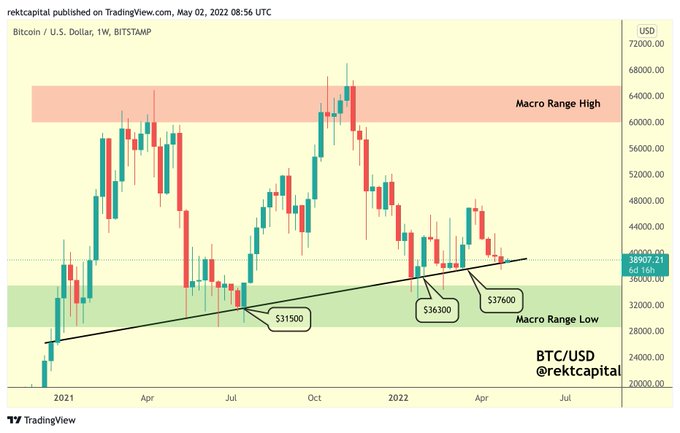 Meanwhile, Bitcoin’s difficulty levels reached a new all-time high (ATH) of 29.794T.  The difficulty level is computed based on the overall computing power plugged into the network, and the new record is published every two weeks.