Despite the consolidation happening in the Bitcoin market, the leading cryptocurrency has emerged as an efficient settlement network based on the low fees charged.

Dylan LeClair, an analyst at UTXO Management, pointed out:

“The Bitcoin network transferred $50 billion of value daily over the last month for an average fee of 0.001012%. Said differently, $98,769 of value was transferred for every $1 paid in fees.”

This shows that Bitcoin is continuously cementing itself as an ideal medium of exchange because it attracts minimal fees.

Is the current sell-off mostly happening during U.S. trading hours?

According to Vetle Lunde, an analyst at Arcane Research: 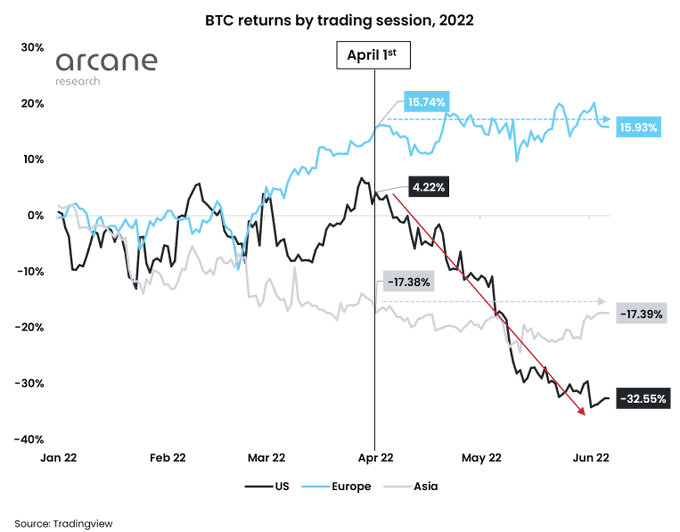 Therefore, this suggests that while Bitcoin traders in the U.S. are selling, their counterparts in Asia are buying. Will Clemente, an analyst at Blockware Solutions, shared similar sentiments and stated:

“Asia buying BTC from US/Europe after dumping them at the top.” 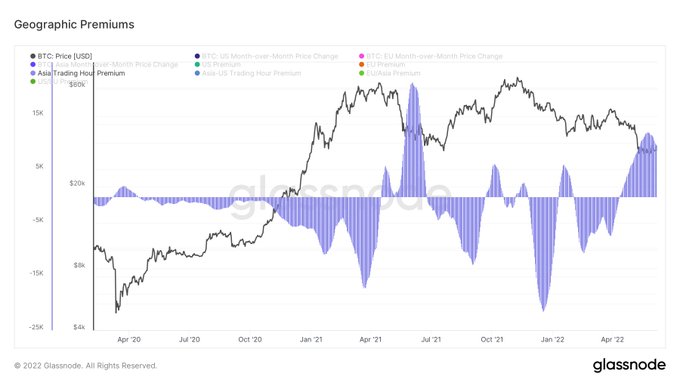 The back and forth experienced in the BTC market has been going on for a couple of months as the top cryptocurrency ranges between $28K and $32K.

Market analyst Michael van de Poppe believes that Bitcoin should hold $30.4K as support to enhance its chances of surging to the $32 and $35K levels. He pointed out:

“When it comes down to Bitcoin, it’s back in resistance and chopping around like crazy. I’d like to see $30.4K hold as support. Finally, if that holds, I’m assuming we’ll see $32.8K and potentially $35K.”

Since Bitcoin was up by 3.29% in the last 24 hours to hit $30,558 during intraday trading, it remains to be seen how it plays out moving forward.