Bitcoin Slips to $34.5K, Are Short-Term Holders Behind the Selling Pressure?

Bitcoin has been trending on a bearish path since May 5, and liquidation in the market has trickled over the weekend. 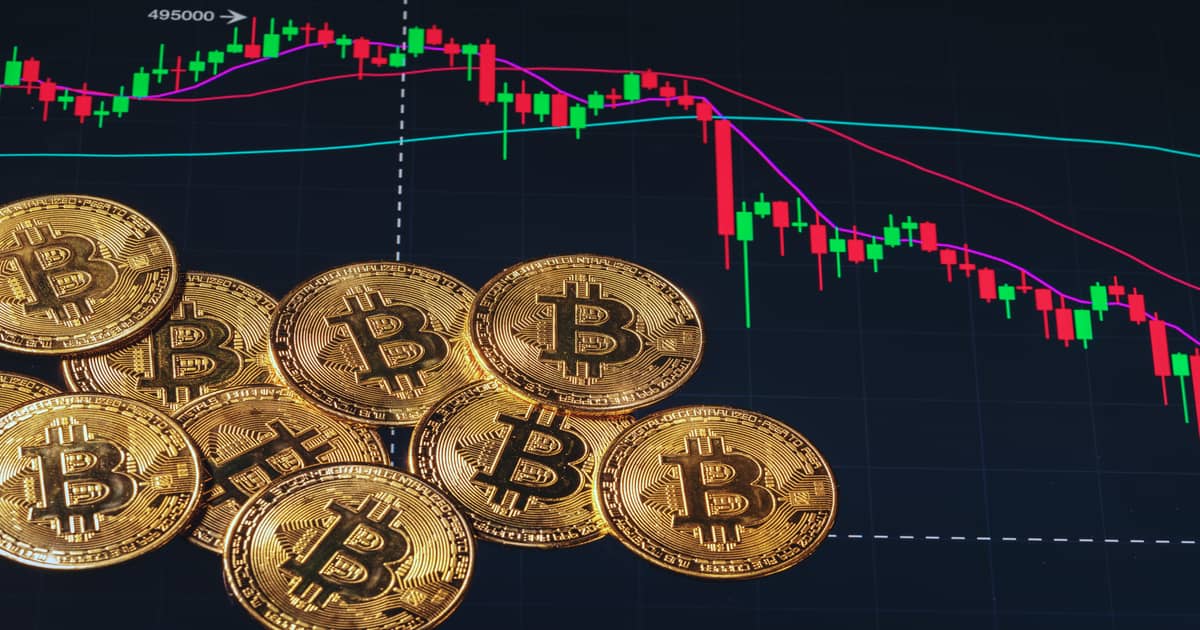 The leading cryptocurrency was down by 4.30% in the last 24 hours to hit $34,436.21 during intraday trading, according to CoinMarketCap.

Short-term holders might be behind the current selling pressure because they moved 11,760 BTC to crypto exchanges between May 5th and 6th. Crypto reporter Colin Wu explained:

“According to CryptoQuant data, the decline in the past two days may be dominated by short-term holders. On the 5th and 6th, a total of 11.76k ‘young’ BTC held for less than 3 months flowed into the exchange.” 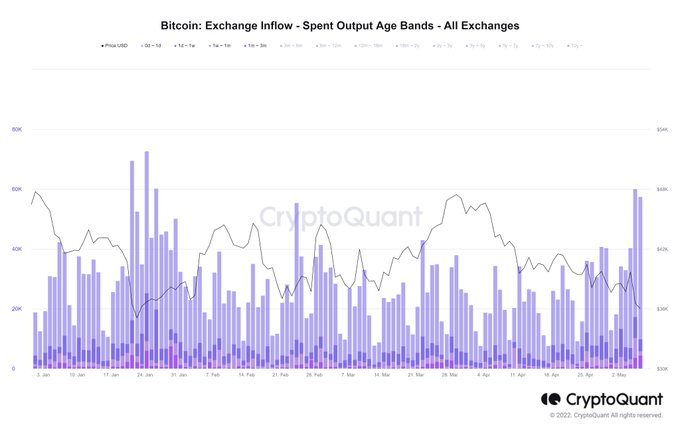 Coins are usually transferred to crypto exchanges for liquidation purposes, which is usually bearish because it increases selling pressure. The price drop in the Bitcoin market might also be instigated by the Federal Reserve’s interest rate increase which was announced on May 4, the highest in twenty-two years.

Initially, the interest rate hike of 0.5% triggered a bullish reaction in the market, but it now seems to be igniting selling pressure as investors digested the impact of the news.

The leading cryptocurrency last dropped to the $34,500 area when Russia invaded Ukraine on February 24. Furthermore, Bitcoin has not been able to find the right footing ever since it hit the $48,000 level at the end of March because the fundamentals surrounding the coin have been relatively bearish.

Furthermore, market insight provider Santiment believes all is not lost because whenever high fear, uncertainty, and doubt (FUD) levels are experienced, a bullish trend is usually on the horizon.