Bitcoin Plunges Over 11% Decline with $141.4M Outflow from Institutions

Today, Bitcoin suffered its most significant plunge in 10 days. According to Coinmarketcap, Bitcoin has fallen by 11.19% in the past 24 hours, which is the first time this week it has fallen by more than 10%. 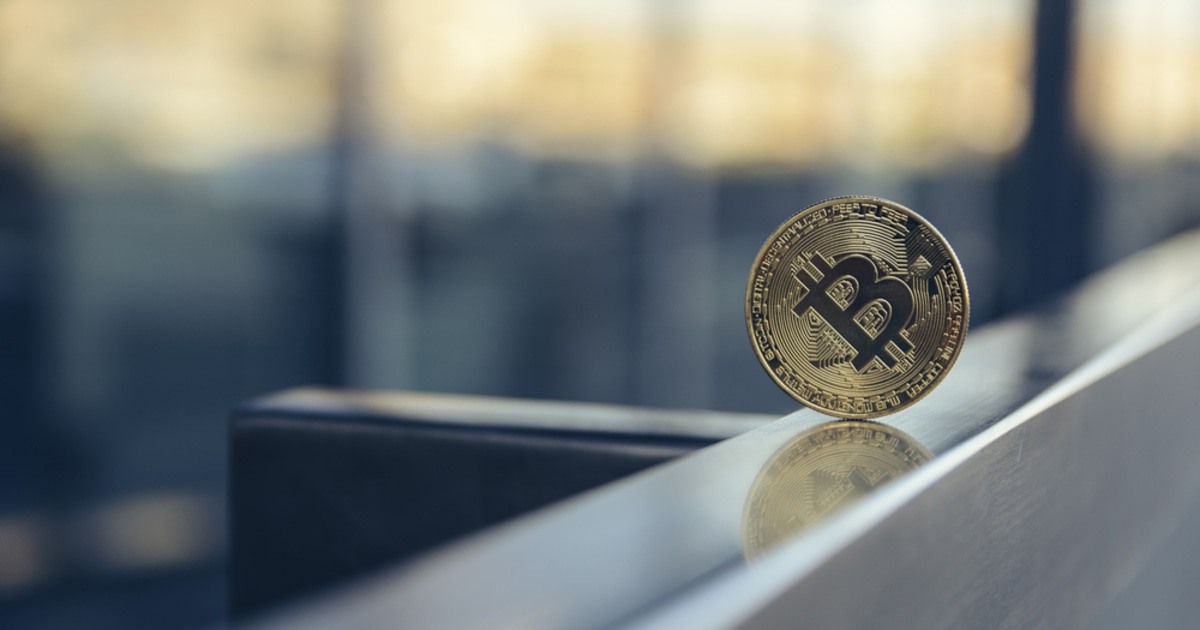 Subject to the intensity reduction of quantitative easing policy by the U.S. government due to the gradual recovery from the pandemic of Covid-19, but also China’s restrictions on cryptocurrency mining operations and other relatives’ bearish news, Bitcoin’s price rebounded weakly and continued to fall. During the intraday, Bitcoin was trading at $32,627.

The bullish sentiment subsided, which intensified the selling pressure; starting from yesterday at 8 pm UTC time, the price fell from $35,484 to the lowest point of $32,351.

Not only the downturn in retail investor sentiment, but institutional investors also saw a decline in demand for Bitcoin (BTC) during the sharp collapse of the crypto market. 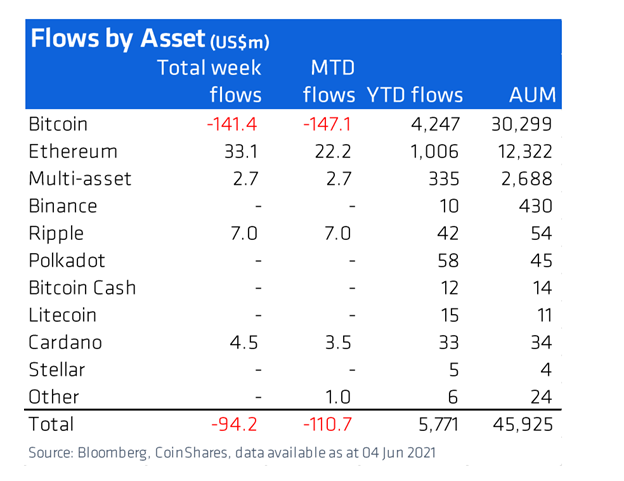 However, compared with the report on June 1, Bitcoin’s outflow was only $4 million a week. Last week, the reduction of institutional holdings rose sharply, nearly 35 times that of last week, marking the largest outflow in a single week since 2021.

According to the Coinshares report, despite the sharp decline in bitcoin product trading volume, Ethereum is still relatively strong among investors. Last week, Ethereum continued to see a total inflow of $33.1 million.

As the second-largest cryptocurrency in the market, Ether was trading at $2,514.32, and today’s decline is as high as 9%.

Despite the massive sell-off of institutions, CoinShares highlighted the outflows represent less than one-tenth of 2021’s inflows:

“The outflows represent 8.3% of the net inflows seen this year and remain minimal on relative terms to the outflows seen in early 2018.”

According to statistics, investors turn to Ripple (XRP) and Cardano (ADA) investment products. The total inflow of XRP is up to $7 million, which is the most significant weekly inflow since April and the inflow of ADA is $4.5 million.

It is worth noting that these two types of cryptocurrencies have suffered losses today. Cardano (ADA) has fallen 11.26% in the past 24 hours. The hardest hit was decreased by 11.40%.

A Breakout May Happen in the Bitcoin Market Soon, says Market Analyst