“BTC hodlers continue to accumulate. The balance held by hodlers – addresses holding >1 year, increased by 4.13% over the past 30 days. 11.78m BTC belongs to these addresses.”

Market analyst Dylan LeClair also acknowledged that hodlers were not relenting on their quest to have more coins. He stated:

“Only 15.5% of the Bitcoin circulating supply has moved in 2022 despite rising levels of macroeconomic uncertainty. Hodlers are completely unfazed. Quite astonishing when you think about it.” 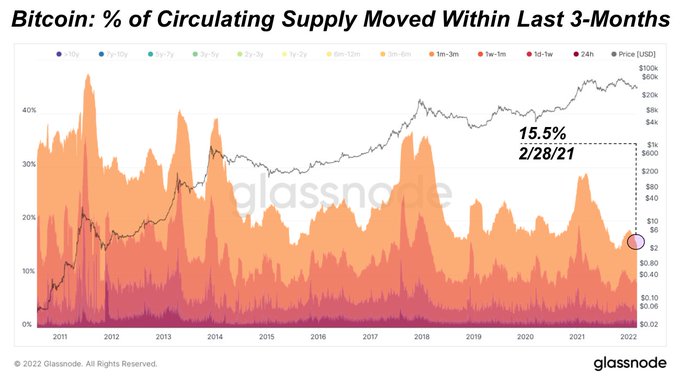 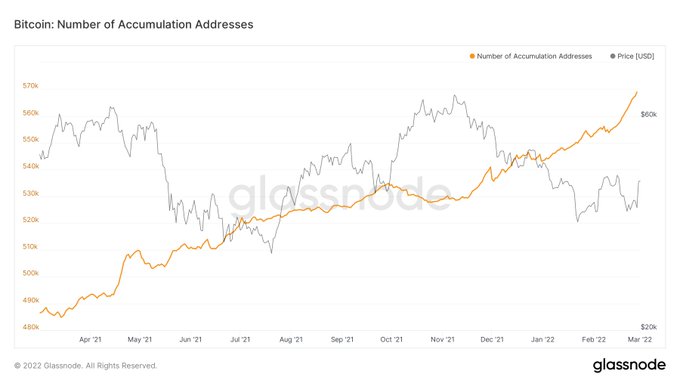 Meanwhile, Ruble-denominated Bitcoin volumes are skyrocketing, given that they reached a 9-month high. 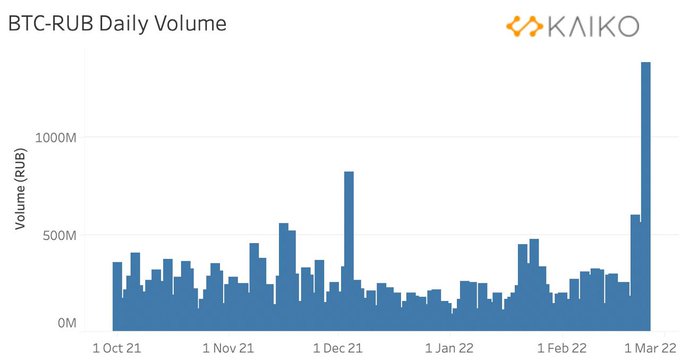 Bitcoin’s ruble volume topped $16 million on Thursday, its highest level in 2022. On Monday, the total was about $8.5 million.

The Russian invasion of Ukraine has sparked interest in cryptocurrencies. Both Ukrainians and Russians are running to crypto to shield their money, with the Russian ruble has already lost a third of its value this year.

On the other hand, Bitcoin is forming a bullish engulfing candle weekly. 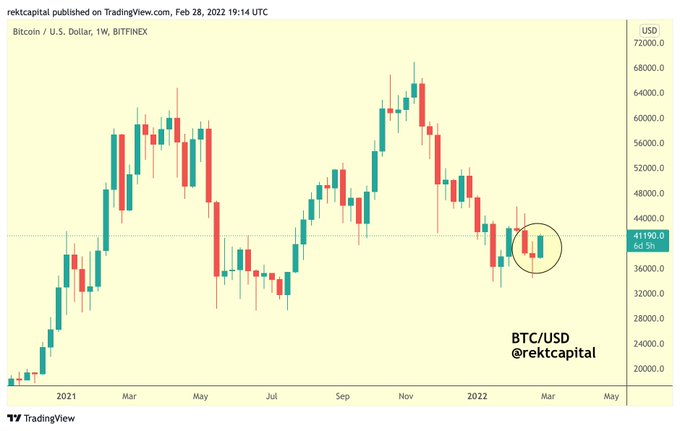 A bullish engulfing candle appears at the bottom of a downtrend and indicates a surge in buying pressure. The bullish engulfing pattern often triggers a reversal in trend as more buyers enter the market to drive prices up further.

Bitcoin was up 16.84% in the last seven days to hit $43,387 during intraday trading, according to CoinMarketCap.