Bitcoin Gains Momentum after Hitting Lows of $37,500 as Altcoins Bleed

After hitting lows of $37,585 over the weekend, Bitcoin (BTC) has gained some momentum and breached the $38K level. 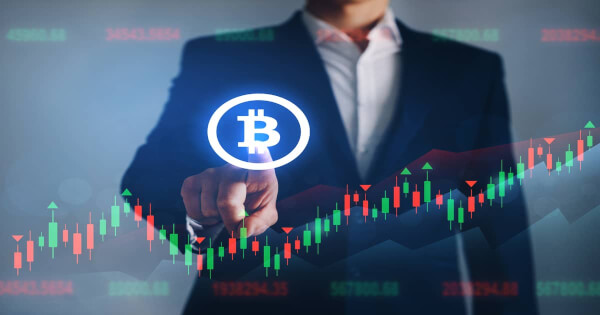 The leading cryptocurrency was hovering around $38,526 during intraday trading, according to CoinMarketCap.

Nevertheless, BTC is not out of the woods yet based on the nervousness about the FOMC meeting on May 3rd and 4th.

Therefore, it is anticipated that economists will raise the base interest rate by half a percentage point, a scenario not seen in 22 years.

These measures are being formulated to tame runaway inflation rates because another half a percentage point increase is expected in June.

Meanwhile, things have not been rosy for Altcoins as they continue to be in the red. For instance, Ethereum (ETH) and Binance Coin (BNB) were down by 5.34% and 3.29% in the past seven days to hit $2,846 and $390, respectively during intraday trading, according to CoinMarketCap. 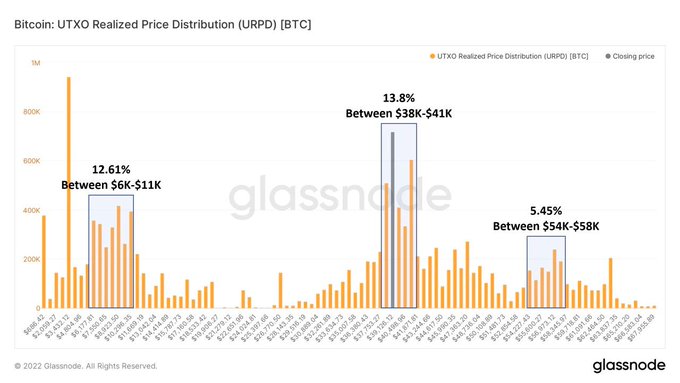 “Bitcoin is fighting a crucial area here. Breaking that one and we could see some more momentum upwards to $40K. While everyone is extremely bearish.” 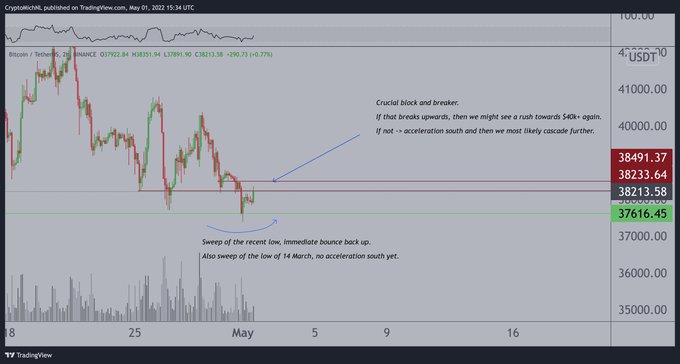 The Mayor of NYC, Eric Adams, Calls Regulators To Listen to Crypto Experts