As Bitcoin Stares at the Psychological Price of $20,000, Will it Hold?

After months of consolidation between the $28K and $32K zone, a bullish or bearish run was imminent and Bitcoin (BTC) has taken the latter route. 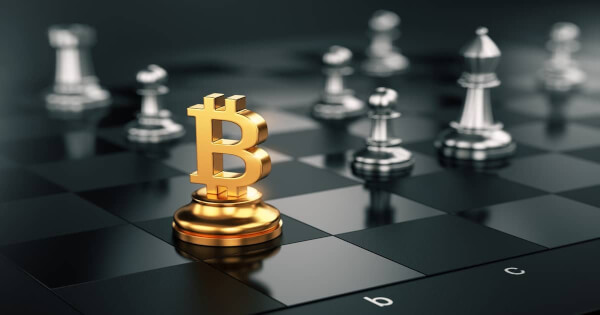 BTC was down by 30.04% in the last seven days to hit $21,292 during intraday trading, according to CoinMarketCap. As a result, Market analyst Ali Martinez believes that the next significant support level is at $20,000, which was the all-time high (ATH) price during 2017’s bullish run. 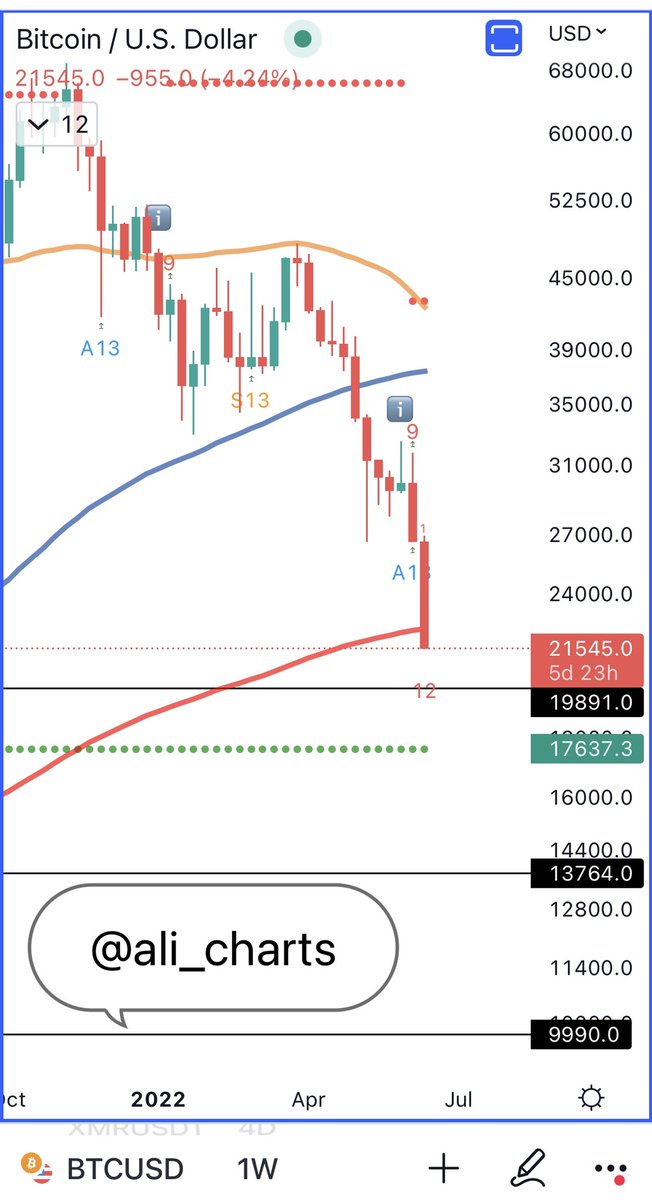 $20,000 is a crucial level in Bitcoin’s history books because it opened the doors for more historical highs, given that it was a zone that the leading cryptocurrency had tried to break for at least three years in vain. Ultimately, $20K was breached in December 2020, igniting the fire for more institutional investments.

What if Bitcoin does not hold $20K?

With Glassnode indicating that Bitcoin has entered the deepest part of the present bear cycle, all eyes are glued to the $20,000 level.

At the moment, BTC finds itself between a rock and a hard place based on worsening macroeconomic factors like surging interest rates and inflation.

For instance, speculations are still high that the Federal Reserve (Fed) might increase the interest rate by 75 basis points (bps) on June 15. This may not be a friendly gesture to Bitcoin because interest rate hikes usually have a bearish impact, as witnessed last month.

Nevertheless, some analysts have opined that all is not lost even if BTC slips below the psychological price of $20,000.

“If Bitcoin dropped below $20,000, I think we would see substantial buying pressure at those discounted price levels because Bitcoin’s long-term value proposition remains intact.”

“I think Bitcoin could go under $20k temporarily but will likely recover the level around it quickly.”

Martinez also believes that the $16,000 would be a notable buying area because it is at the lower part of the non-bubble regression band indicator. He pointed out:

“Bitcoin trades between the fit and lower non-bubble regression band, a signal that has marked the bottom in previous downtrends. Although BTC can test the lower band at $16K like in March 2020, this metric suggests that BTC presents a unique opportunity to reenter the market.” 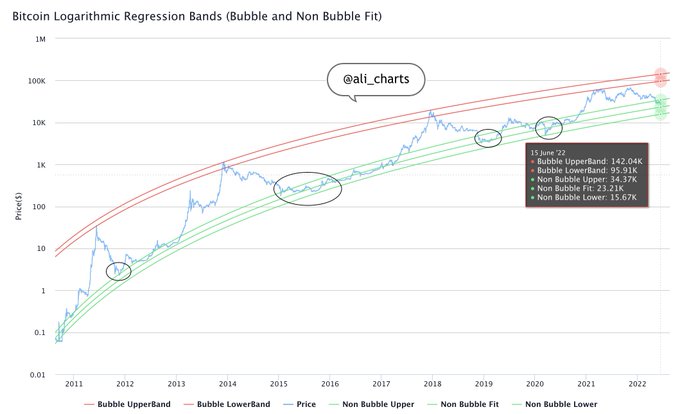 Based on these analyses, it is not a do-or-die situation even if Bitcoin doesn’t hold $20,000.

Litecoin (LTC) Transactions Are No Longer Supported by Binance