One of the main goals worth mentioning in the crypto space these days is the mainstream adoption of crypto.

Ripple for instance, along with other entities are making a lot of efforts towards the mass adoption of the digital asset XRP.

Blockchain startup Forte is backed by Ripple and the company said that they are discussing with over 40 developers who are interested in bringing the digital asset into gaming.

Ripple and Forte to invest in gaming based on blockchain

At the beginning of this month, Ripple and Forte announced that they would be investing $100 million in companies that are making games based on the blockchain tech and leverage XRP as a settlement currency.

Now, during a brand new interview with Modern Consensus, Forte co-founder and COO Kent Wakeford said that the company is already discussing with more than 40 developers after attending the Game Developers Conference in San Francisco.

“Response has been strong. This has been an incredibly successful GDC for us. We met with over 40 game developers and are in active discussions to deploy the $100 million fund. We’re looking at existing games with existing items and existing audiences over 50,000 registered users,” he said.

He said that the platform is designed to allow gamers to buy and sell non-fungible tokens (NFTs) using XRP in order to settle transactions.

But, he continued and explained that “Even though we’ve partnered with Ripple on the fund, we’re agnostic to all of the first level protocols whether people want to build on Ethereum, EOS, TRON or any of the other platforms.” 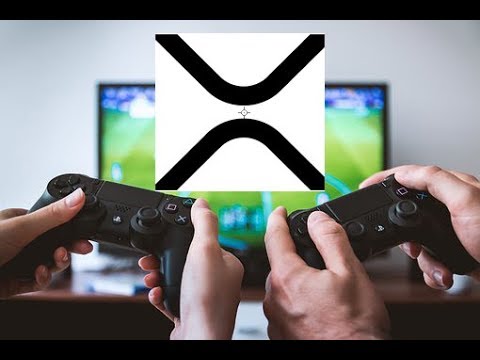 The gaming industry is the perfect venue for blockchain adoption

He also made sure to highlight the fact that the gaming industry is worth $43 billion and this is the perfect venue for the early adoption of the blockchain.

He expects that games will decide to implement the blockchain tech over the next five years.