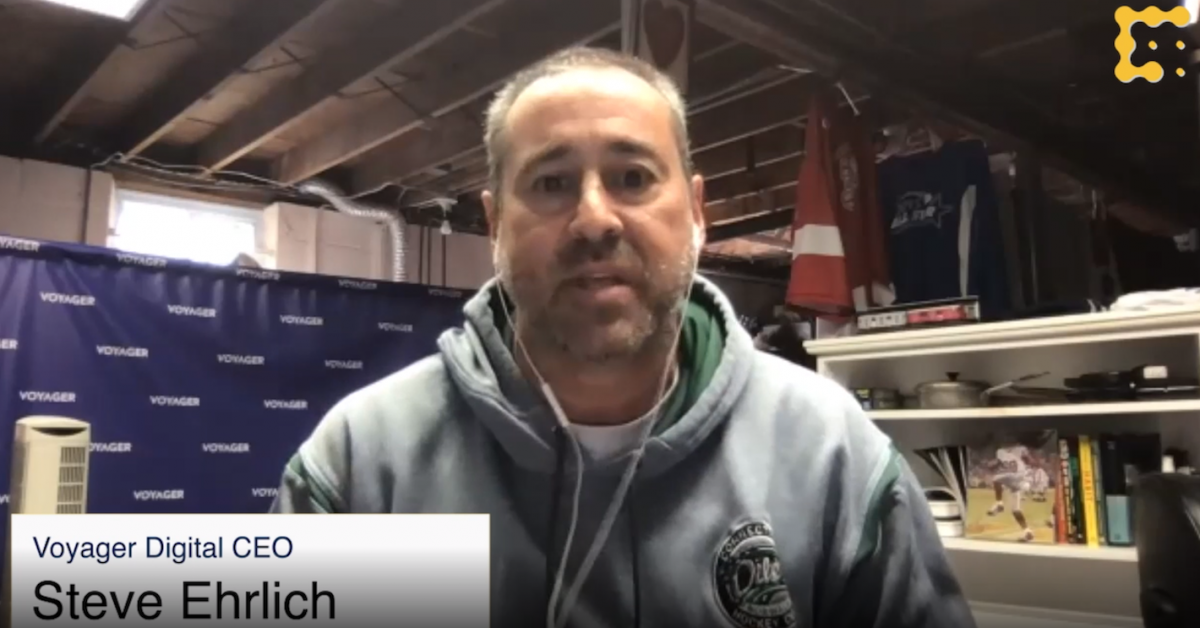 The super-charged trajectory of the cryptocurrency industry is translating to faster growth at the publicly traded digital-asset brokerage Voyager Digital, where revenue this quarter is tracking at an eightfold increase over the prior 12 months’ average pace.

The company’s shares, listed on the Canadian Securities Exchange, have rallied about 250% year, far surpassing the 49% year-to-date gains for the largest cryptocurrency, bitcoin (BTC), and 169% for No. 2 ether (ETH).

Ehrlich said in the interview that he’s perfectly happy having investors buy Voyager’s shares as a play on the cryptocurrency industry’s growth. Stockholders, he said, don’t have to delve into the nuances of individual tokens, given the industry’s notorious history of extreme price volatility.

“You’re getting access to the digital crypto markets but you’re getting it through a publicly traded company that is trading on behalf of their customers,” Ehrlich said.

Ehrlich said some of Voyager’s growth in the quarter has come from investors seeking quick gains from the fast-moving arena of decentralized finance, or DeFi, where programmers are using blockchain technology to build automated networks for lending and trading. It’s a business that aspires  to challenge traditional Wall Street firms with a cheaper and potentially more equitable model.

But he acknowledged that the DeFi tokens can be complicated and require “education” efforts. The tokens often represent little-tested projects in hardly-established markets. Prices for Kyber Network’s KNC token, traded on Voyager, have plunged 41% in the past month, though they’re still roughly five times where they started the year.

“We saw people kind of reallocate a little bit out of the DeFi and a couple other tokens” amid a sell-off in the sector this week, he said.

Ehrlich said Voyager has no plans to put any of the company’s corporate treasury into cryptocurrencies. Such a move was announced recently by publicly traded Microstrategy, which said it steered at least $425 million into bitcoin.

“Our investors want us to be that agency broker,” Ehrlich said. “They want us to be the one that executes the trade in microseconds for customers, not making bets on coins one way or another.”

He added that he has encouraged some corporate executives wary of following Microstrategy’s bitcoin play to consider converting their cash into USD Coin’s dollar-linked USDC stablecoins, which can be deposited at Voyager for a 9.5% interest rate.

This Entrepreneur Was SIM Swapped So Often, He Started a Company to Fight It