Vitalik Buterin, Ethereum’s co-founder, has been slammed publicly regarding the project and its lack of transparency. We all know that secrecy equals hell in the crypto space and Ethereum managed to become the latest target of such kind of accusations, especially in the light of a potential US Securities and Exchange Commission (SEC) severe measure.

There was a secret meeting in Toronto, Canada of Etehreum players and this was blasted by Francis Pouliot, Catallaxy co-founder, and Satoshi Portal CEO. He described the event mentioned earlier as a “Secret meeting of Ethereum management committee” that “occurred in Toronto where blockchain governance rules were decided by the stakeholders.”

“This is insane. They are establishing a plutocratic government. This has probably failed with Bitcoin (UASF/NO2X). Does anybody even care?” he tweeted on May 7th.

Buterin, the genius behind Ethereum responded to the accusations on Twitter saying that “I was not at this meeting, it was organized without my permission or even involvement, and I honestly don’t really know much about what happened there.”

Principal Lane Rettig argued “The event was not secret, in fact, we live-streamed a lot of it. We also did a public AMA. There is no ‘Ethereum management committee,’ and no rules were made. Please get your facts right. Your message is intellectually dishonest.” Mr. Pouliot shot back and the thread continued along those lines.

Secret meeting of Ethereum management committee occured in Toronto where blockchain governance rules were decided by the stakeholders.

This is insane. They are establishing a plutocratic government.

This has provably failed with Bitcoin (UASF/NO2X).

Does anybody even care? pic.twitter.com/fRIz1OUnV0

The whole Ethereum project is under scrutiny due to SEC regulators

The SEC regulators in the U.S. are set to determine the legitimacy of Ethereum project. It’s judged as a security, and therefore it’s subject to regulatory jurisdiction as a public company could smash hard the whole crypto world. A vast majority of the ICOs and smart contract platforms depend on ERC20 tokenization. 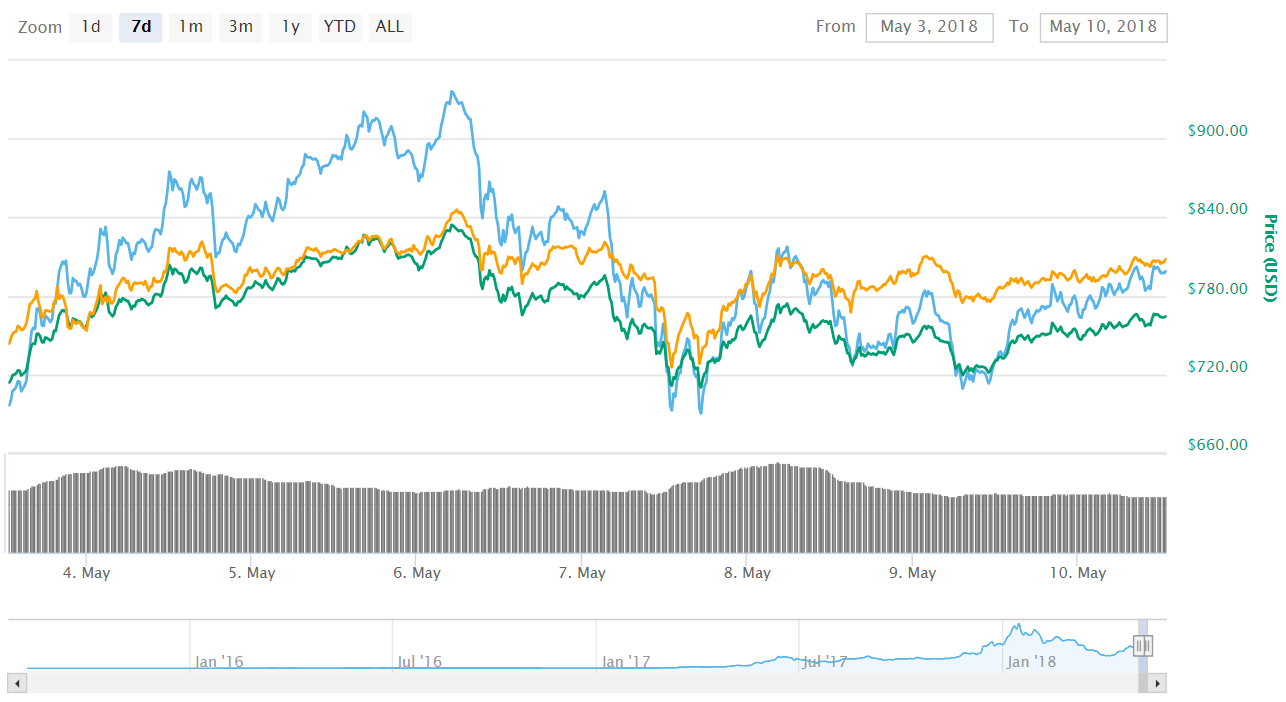 The tech has been chosen by a lot of developers thanks to the ease of integration and high trust. For the moment, it’s not even clear what are the implications of an unfavorable SEC determination, but it’s a negative fate at least in the short term.

News of potential regulation and the public Twitter flames might have triggered the immediate dip of 5% for ether, but by now it seems to have recovered.