Tron seems to keep improving since it launched its decentralized application TRONbet.

The number of registered daily transactions improved a lot and grew higher than Ethereum’s.

Back in October, TRONbet made more than 500,000 individual transactions which were higher than Ethereum’s daily volume of transactions.

This hinted at the fact that the Tron dApps perform better than Ethereum dApp IDEX.

At the moment, Tron dApps volume of daily transactions is around 551.700 while the IDEX dApp on Ethereum records only about 9,120.

Tron dApps perform faster in registering transactions, and this will only improve performance.

In other words, the dApps function in such a way that the system performs at a better pace with increased transactions. Ethereum’s blockchain performs slower with a lot of transactions on a daily basis that it seems to have trouble handling.

More than that, the daily active users on TRONbet is around 1,923, and Ethereum’s IDEX has under 950. 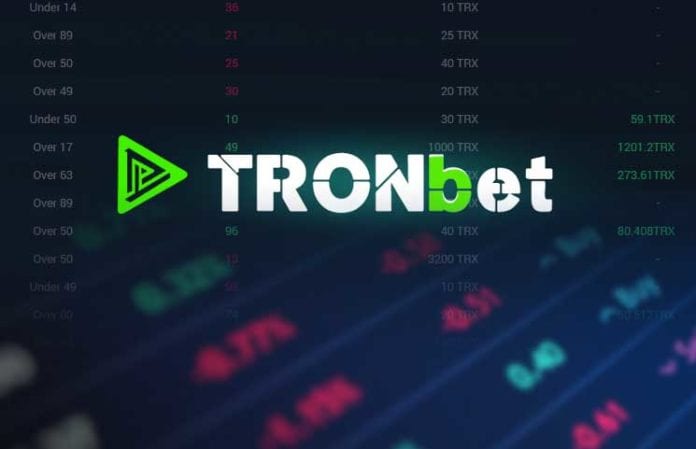 Tron has less dApps, but the increase in the number of transactions performed daily definitely makes it outperform Ethereum.

In a recent tweet, Justin Sun announced Tron enthusiasts that Tron’s transaction volume on a daily basis in increasing at the high rate of $20,000.

He also said that the new record makes Tron ten times bigger than its rival EOS, as CryptoDaily reveals.

The Tron foundation has been teaming up with various developers and programmers, and this only gives them extra points compared to Ethereum.

Recent reports show that a website that monitors the performance of the dApps dAppRadar selected TRON dApps to be listed on its platform. The website allows users and developers to track dApps data on EOS, Ethereum and Tron easily.

ZyCrypto reported that “Tron has been able to increase the performance of its network by improving its Dapps products. Now its Tronbet performance has surpassed Ethereum IDEX by functionality and usage.”