The 6 Worst-Performing Cryptos: Will They Bounce Back or Doomed to Fail? Mike Ermolaev’s Opinion

In the last two years, crypto prices have risen rapidly due to low interest rates, expansion of central bank balance sheets, and government stimulus, according to Morgan Stanley.

Now that the US Federal Reserve and other central banks are slowing their balance sheet expansion and preparing the markets for interest rate hikes, leveraged crypto markets are declining. Moreover, recent price slumps have caused retail investors to lose enthusiasm.

The total crypto market capitalization is currently standing at $1.82 trillion, down 3.4% in the last 24 hours. 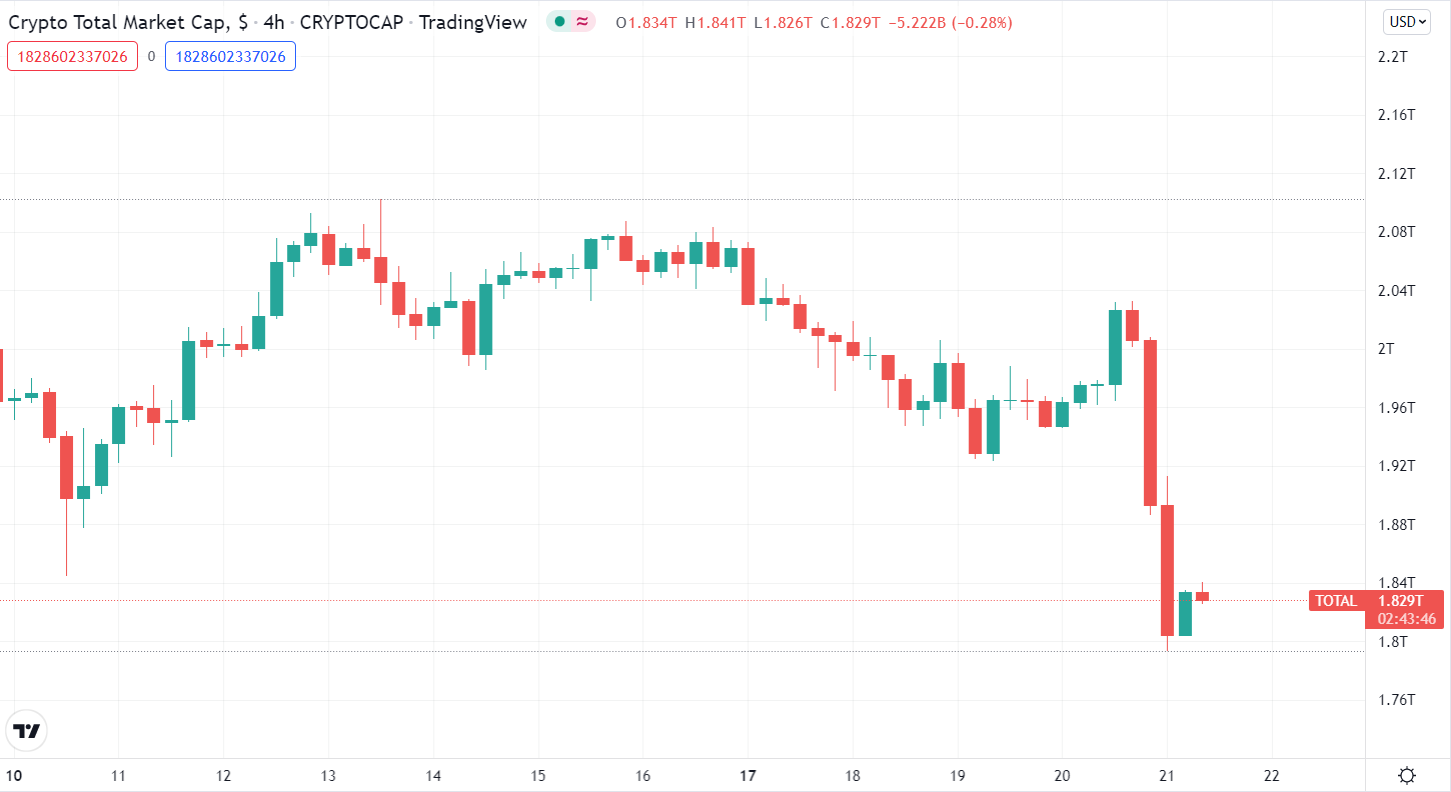 Below are the worst-performing coins of the past seven days, among those with a market capitalization of $1 billion or more.

Loopring posted the most severe weekly declines, down 33.4% over the past seven days. At the time of writing, LRC was trading at $1. 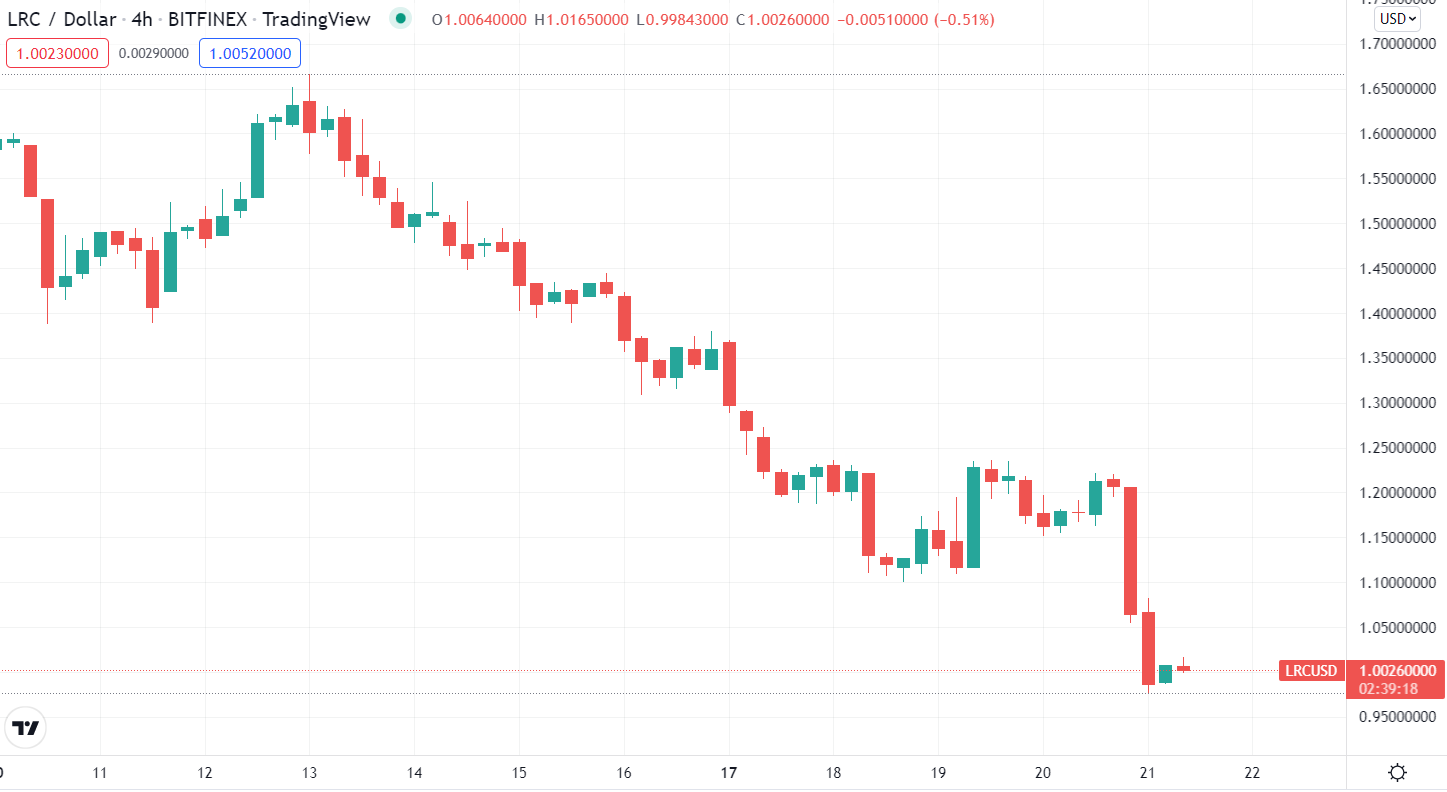 LRC is an exchange and payment protocol based on the Ethereum network that helps to build decentralized exchanges.

As of today, its Total Value Locked (TVL), which counts all deposits made in DApps using that cryptocurrency, stands at $397.33 million, twice as low as its peak of $786 million on Nov. 2. That suggests LTC is losing its appeal. Its TVL/Market Cap ratio is 3.66, which indicates overvaluation.

Kadena (KDA) was the second-worst performer, down 25.3% for the past seven days. At the time of writing, KDA was trading at $6.97.

In a month, it lost 37%. Nevertheless, its incredible annual growth of over 4,700% suggests it has the potential to recover and regain lost ground.

Internet Computer (ICP) fell 24% in value for the week, trading at $24.26 at the time of writing, which also puts it in the weekly losers’ club.

Blockchain-powered Internet Computer (ICP) is a public network that enables smart contracts to run at web speed and scale while helping to reduce computational costs.

The cryptocurrency has gone into a nosedive from its peak of $750 in 2021, making investors question whether it has any future growth potential. 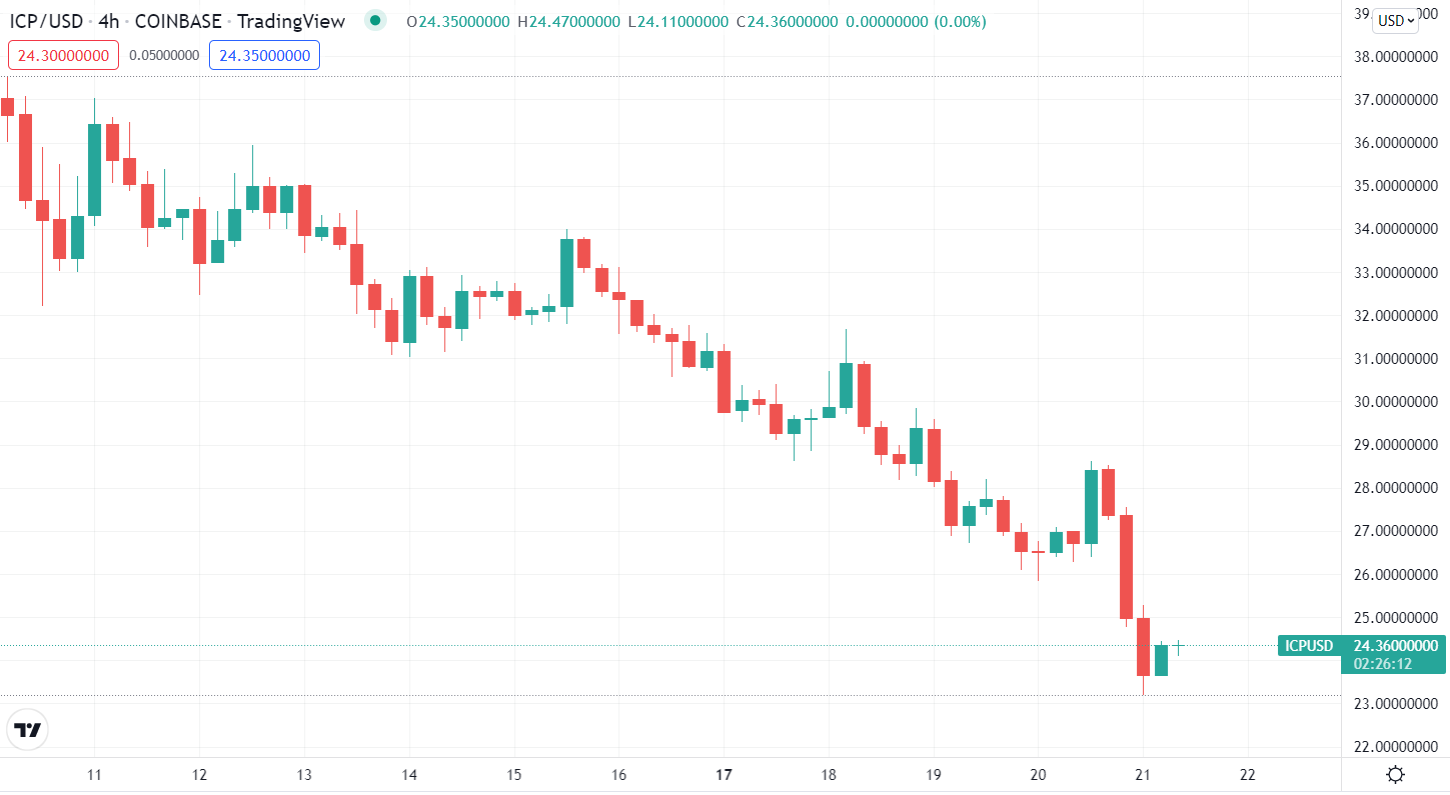 Despite its claims to be the third innovation in the blockchain, following Bitcoin and Ethereum, it hasn’t demonstrated comparable performance yet. It seems as if the project is drowning in its own ambitions without getting anywhere near its goals.

Quant was launched in June 2018 as a global network that connects blockchains and networks without reducing their efficiency or interoperability. It is the first project to solve the problem of interoperability by creating the first blockchain operating system. 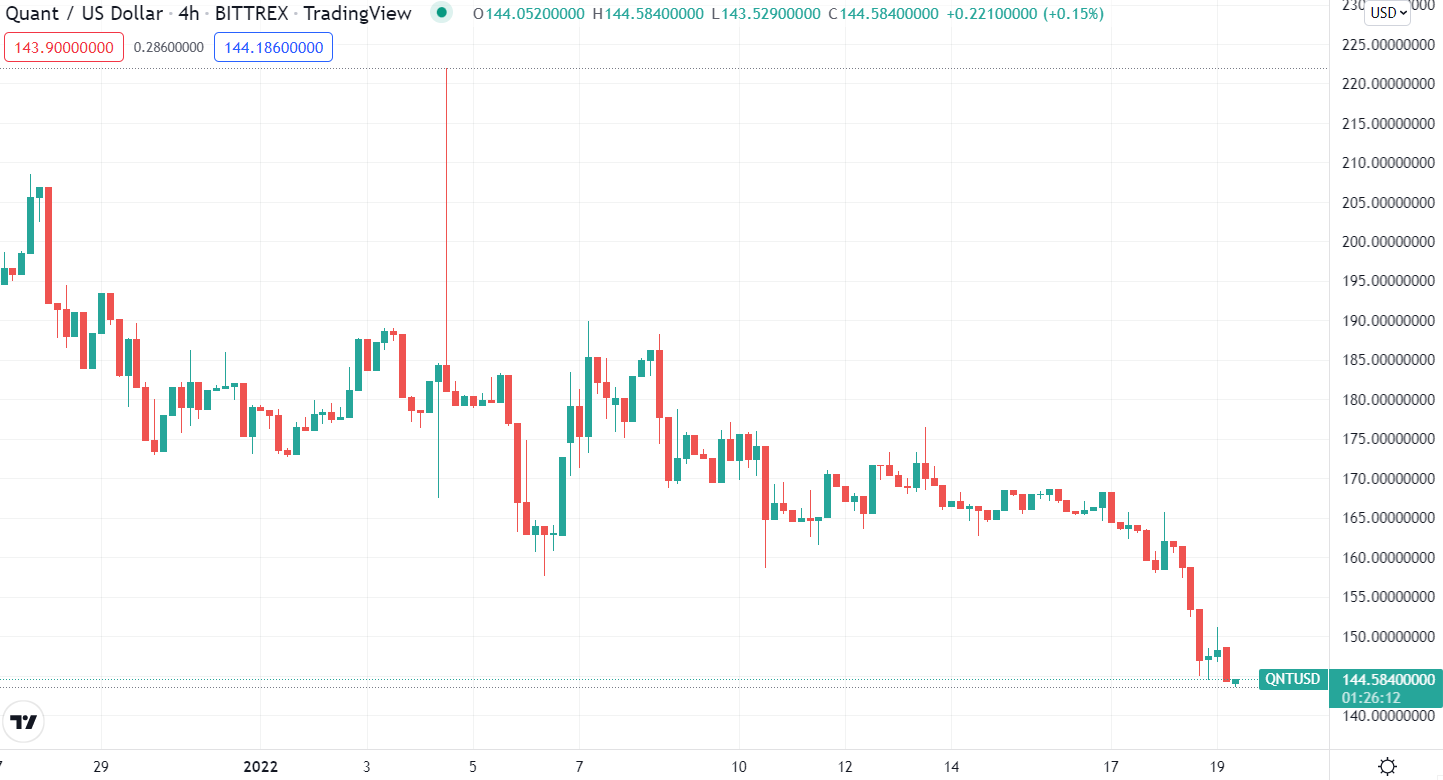 However, the price of QNT is 570% higher than a year ago, and has seen many bullish moves since the beginning of 2021. With this in mind, it’s likely that the cryptocurrency has the potential to remain a competitive player on the market in 2022, despite its current weakness.

Following the initial spike on “Dogefather” Musk’s tweet that Tesla would allow Dogecoin to be used to purchase its merchandise, DOGE has fallen below the levels it was trading pre-tweet. Having posted a 21.6% weekly decline, Dogecoin is currently trading at $0.1537. 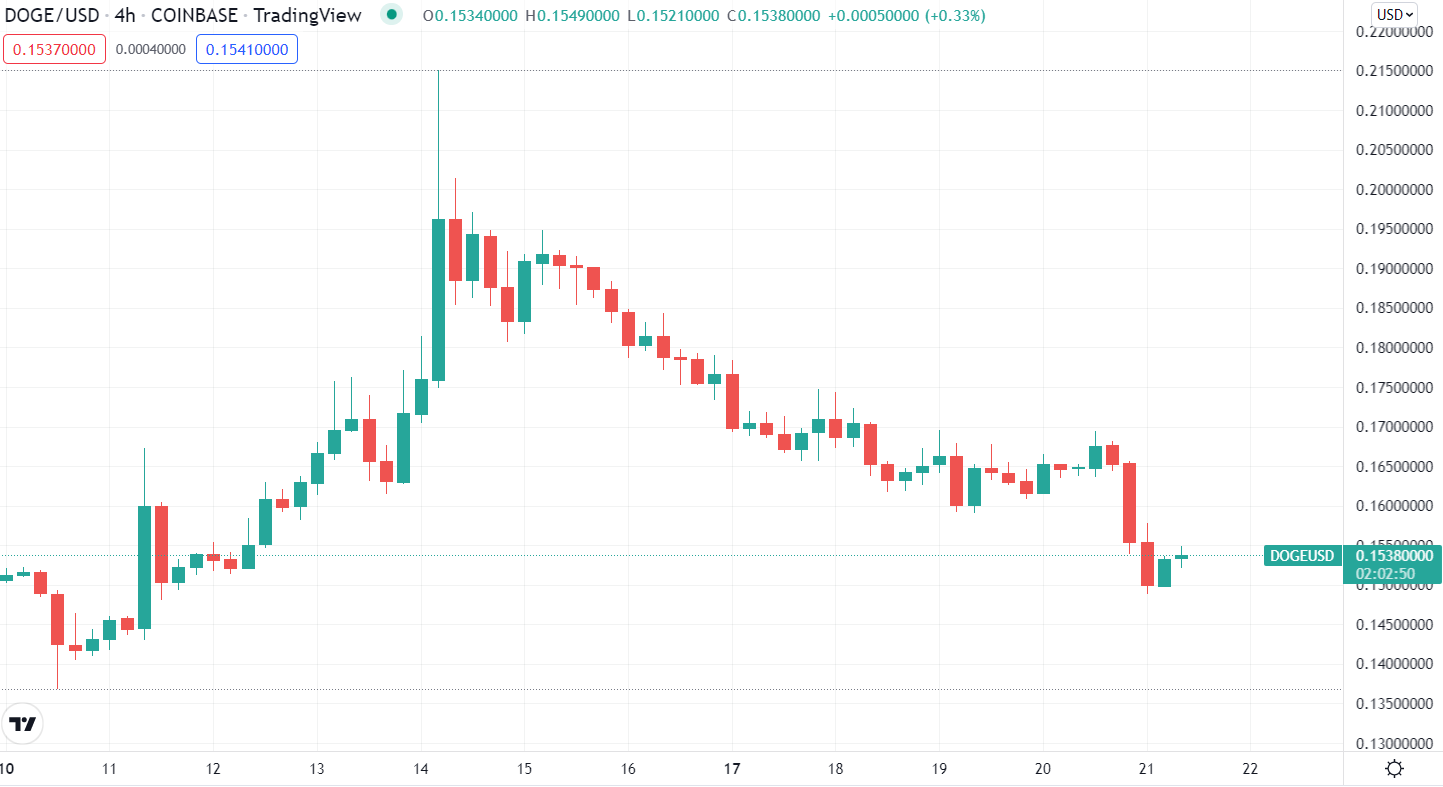 The price action of Chainlink (LINK) was soaring at the start of this year, but the recent crash has caused investors to suffer serious losses. Currently trading at $19.61, Chainlink lost 20.6% over the past seven days.

LINK’s utility for blockchains is evident in its growing popularity. But can Chainlink’s success help to boost the token’s price?

Chainlink continues to develop its ecosystem, with functionality such as staking and cross-chain interoperability protocol (CCIP) planned for 2022.

Despite these developments, Link’s price action remains in limbo since its crash from ATH of $52.70 in May 2021.

It remains to be seen if it can recover and reach stable growth. 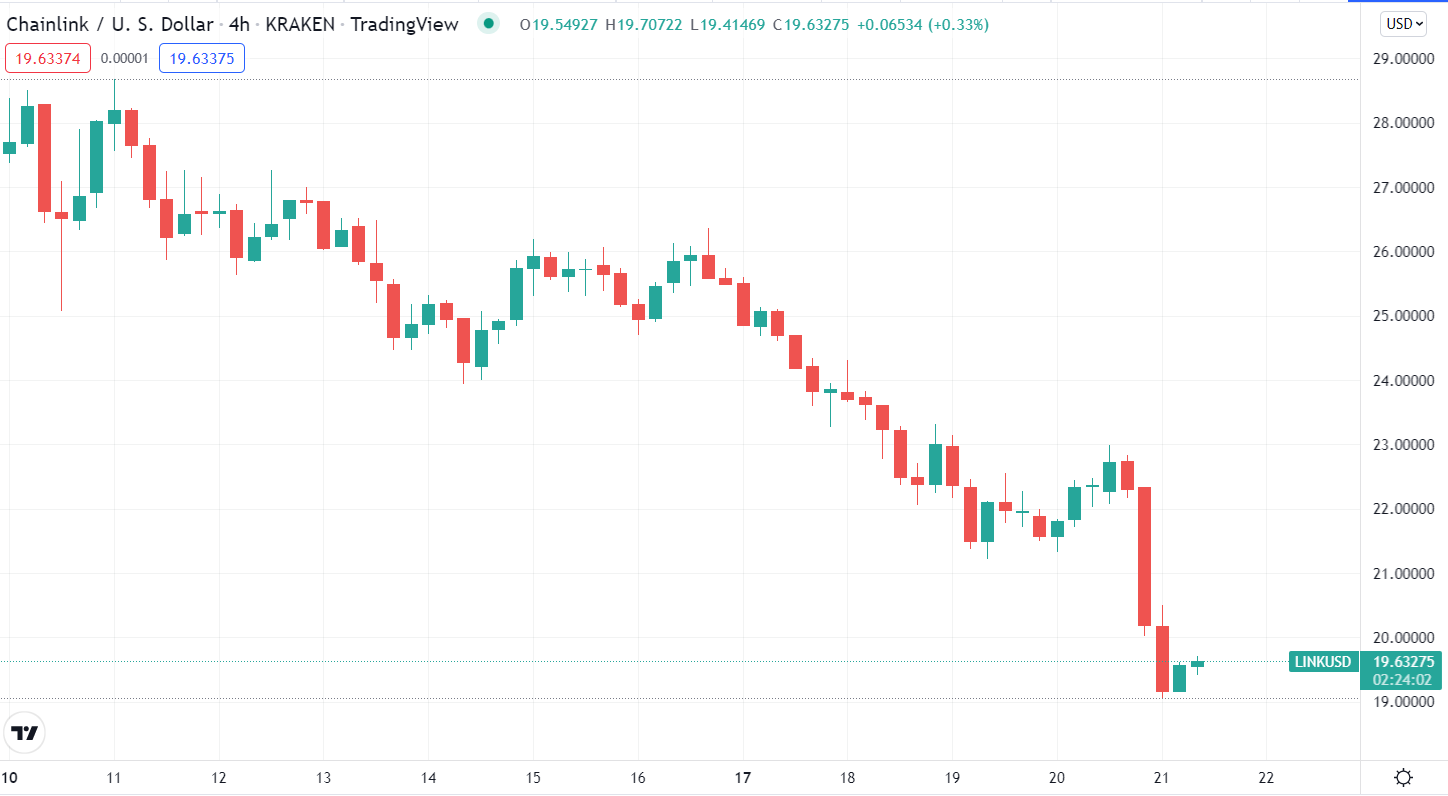 ChangeNOW, a crypto exchange and processing platform, is one of the leading advocates for cryptocurrency adoption that seeks to create a secure, private, and intuitive environment for crypto users. Сrypto exchange with ChangeNOW can be a breeze with over 350 cryptocurrencies and 50+ fiat currencies, unlimited transactions, and average completion times of five minutes.

P.S. This article has been originally published at Cointelegraph.