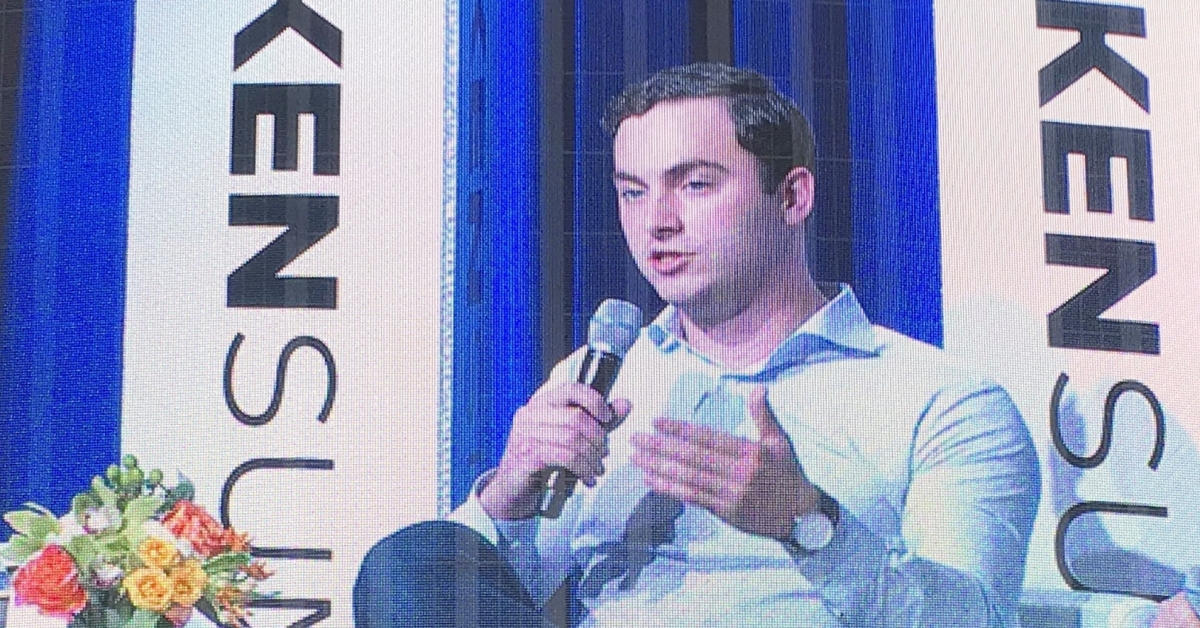 CoinList co-founder and President Andy Bromberg is leaving the token offering platform to helm Eco, a cryptocurrency built to marry saving and spending in one.

“I feel like the past eight years I have been searching nonstop for the thing that’s going to onboard the world to crypto,” Bromberg told CoinDesk in a phone call.

CoinList has been the premier site to launch a token while also providing the back-end that helped with compliant sales, going all the way back to 2017’s initial coin offering (ICO) boom, when it was formed out of a partnership between AngelList and Protocol Labs.

Eco is a project that has been stealthy for some time. Originally launched as Beam (not the MimbleWimble privacy coin), it has rebranded to Eco thanks to involvement by founding advisor, Garrett Camp, who held the Eco brand. Camp is an Uber co-founder who backed the project through his venture fund, Expa.

Right now Eco is in beta with a limited set of users, trying it out with USDC. Later, the ECO token will launch as an ERC-20. Bromberg is excited about the game plan because, he argues, what’s missing is a way to bring people in.

“You need a migration path. It’s kind of what we’re seeing with DeFi [decentralized finance] with liquidity migration,” Bromberg said, referring to how SushiSwap enticed users to allow it to move their liquidity deposits from UniSwap to an upstart market maker.

Eco will get money into user accounts much the same as banks do: by giving people a good reason to deposit their paychecks straight into the Eco app.

They will do it, Bromberg argues, because it will allow them to drop some portion into crypto, like a savings account, where it will earn a far better return than a bank savings account ever could (enhanced returns come courtesy of the premium on stablecoins, thanks to DeFi).

Bromberg said between 2.5% and 5% interest, far far better than the under 0.05% interest most banks give savers these days.

But, also like a bank, it will make transacting easy and perhaps better. Eco will give rebates in its token on payments to major merchants, such as Amazon. With better saving and better spending, Bromberg believes people will want to use the app (which also happens to mean that they will be using crypto).

The idea is not unprecedented. This is basically the strategy that AliPay used to create the largest money market in the world.

Eco has raised $8.5 million, with Pantera and Camp’s Expa leading, along with many angels, according to Bromberg.

Bromberg noted that he’s leaving CoinList despite how well it’s doing. As a co-owner, he will continue as a special advisor in the firm, which will continue to be led by the remaining co-founder and CEO, Graham Jenkin.

During Bromberg’s tenure, CoinList pioneered key products for the space, such as airdrops, online crypto hackathons, earned gold-standard status as the place to offer new tokens and backing from Square co-founder Jack Dorsey.

In his new role, which he begins Monday, Bromberg looks forward to bringing Eco’s token live.

“The ECO currency will launch in six months or so and that currency, which is a low-volatility currency, is built from the ground up for payments,” Bromberg said.

Braintrust Raises $18M to Bring DeFi-Thinking to the Gig Economy