We recently revealed that Ripple has been doing its best so far in order to promote the adoption of its products.

The most popular ones are probably xCurrent and xRapid, and it’s also worth highlighting again the fact that xRapid uses XRP.

According to the latest reports, the World Bank just praised the distributed ledgers and called Ripple’s xRapid a potentially transformational technology for cross-border payments.

They have addressed the shortcomings of the traditional payments systems and explained why and how DLT could change all of this and eventually revolutionize finance.

Ripple can address the downsides of the traditional payments system

“These shortcomings make the cross-border payment industry ripe for disruption and innovation. Some see distributed ledger technologies (DLT) as having the potential to drive industry-wide change. Indeed, B2B cross-border payments, traditionally characterized by fragmentation and opacity, are a potential use case for the successful implementation of DLT,” the World Bank’s senior financial sector specialist Marco Nicoli said.

More crypto analysts see the fact that Ripple and its xRapid have been mentioned by the World Bank as a step closer towards mass adoption.

XRP has also been making its own moves towards mainstream adoption, and various important listings are a crucial element for achieving this goal.

Other than that, XRP’s integration in WooCommerce, Gmail, Microsoft Outlook are just a few others worth mentioning. 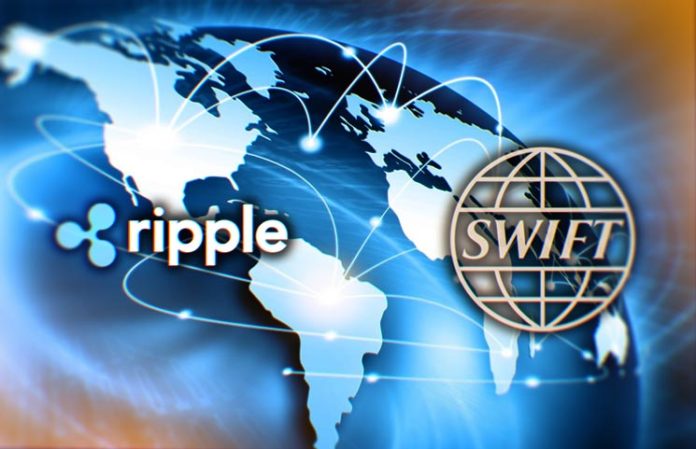 Ripple has been working hard to develop solutions that can take over SWIFT which is the traditional payments system used by banks and financial institutions for decades now.

Ripple has developed revolutionizing solutions that make cross-border payments faster, cheaper and secure and more banks are slowly but surely getting on board with the San Francisco-based company.

Ripple has been doing a great job convincing more and more entities to use xRapid which is powered by XRP.