Ripple and XRP enthusiasts have been expecting a surge in price for quite a while now, and just by looking at the projects’ latest achievements, experts believe that a surge is in the cards.

The XRP army of fans has another reason to celebrate because the movement involving the adoption of XRP is going great and things are expanding at quite a rapid pace.

It’s important to note that Huobi DM has been launched in beta testing mode back in November 2018.

Then Huobi said that the ability to sell crypto at “at predetermined prices at specified times in the future” gives “investors and traders the ability to open both short and long positions, as well as more advanced tools for hedging positions and controlling risk and uncertainty,” according to CryptoGlobe.

“Cryptocurrency is a rapidly expanding and maturing market. As part of that maturation, we see more and more sophisticated investors and traders from more established financial markets looking to gain exposure, including institutional players.” 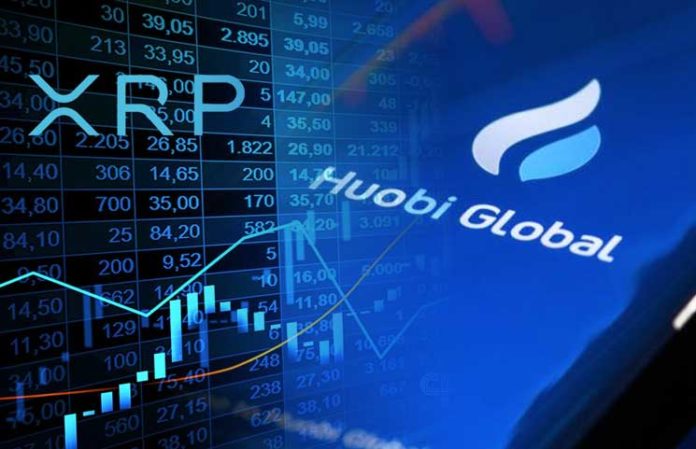 He continued and detailed that “At the same time, we think many experienced, successful cryptocurrency traders are looking for a broader range of investment tools that have traditionally been available.”

Before deciding to add XRP, Huobi DM was offering only contracts for Bitcoin (BTC) and Ethereum (ETH).

Other achievements that are worth mentioning and that are expected to trigger the bulls include new listings for XRP.

For instance, Ripple’s token has just been listed on Taotao which is a Yahoo-backed Japanese exchange.

The exchange is scheduled for launch in May, and it also listed BTC, ETH, BCH, and LTC.

But, without a doubt, the most important listing of XRP that should be triggering a surge in the coin’s price remains Coinbase.

Even if naysayers have been trying to shade the XRP achievement, supports have been more than excited after the listing, and they’re waiting for a surge that will take XRP to the moon.

Crypto experts also have positive predictions for the coin.

The post Ripple’s Digital Asset, XRP Is Expecting The Bulls After The Latest Achievements  appeared first on Oracle Times.

Tron (TRX) Could Surge By 250% In 2019 – BitTorrent’s Launch Of Snapchat Competitor, Among The Potential Catalysts