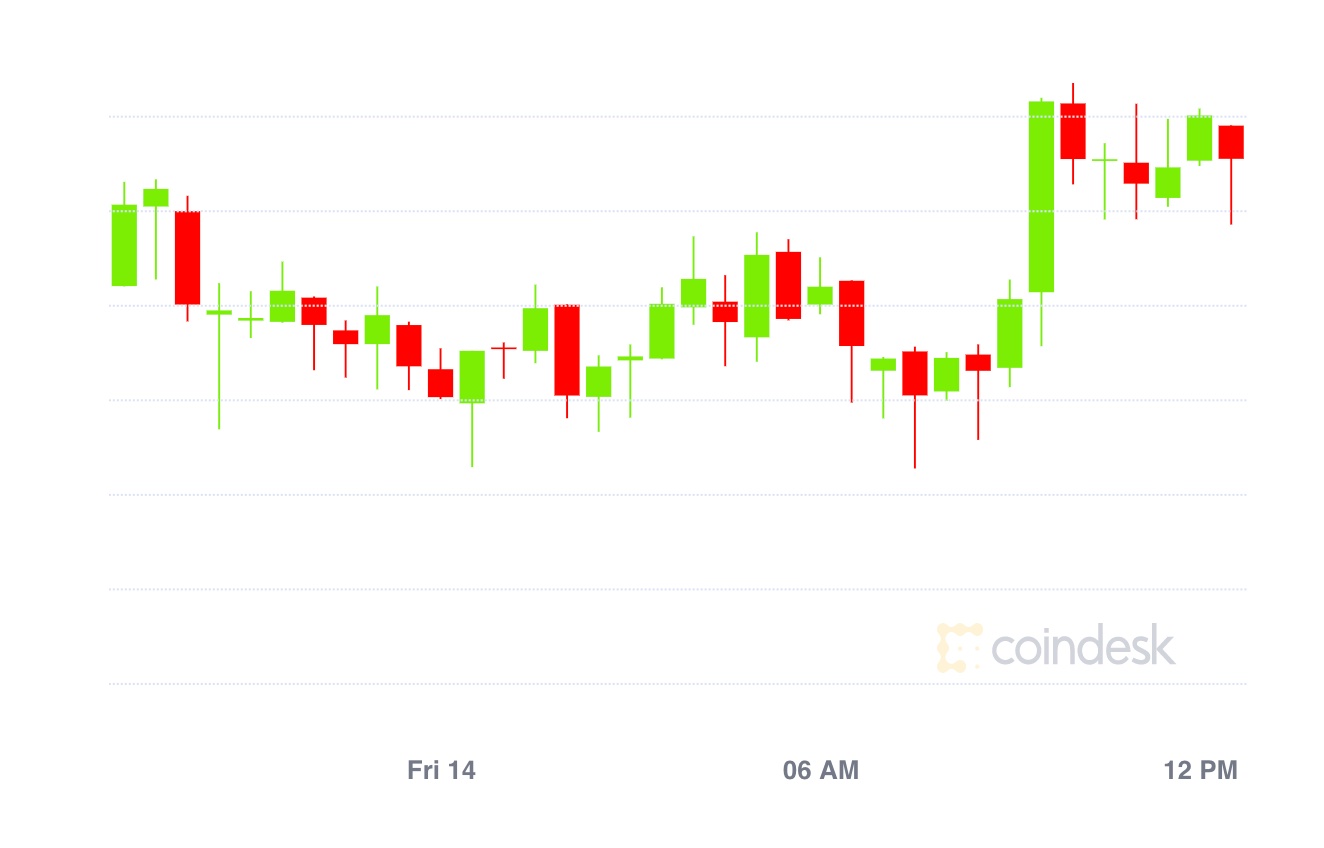 Bitcoin is up Friday while ether options traders are overwhelmingly bearish.

“Crypto has had a good run for about three weeks in a row, since late July,” said David Lifchitz, chief investment officer for quantitative trading firm ExoAlpha. “There is a current resistance level of $12,500 for bitcoin, which looks pretty normal as markets, even crypto, cannot go up in a straight line day after day.”

Indeed, over the past month, bitcoin reached a high of $12,130 before dipping. That signaled a retrenchment will be likely before a move to further highs in 2020, according to Lifchitz. “A slight pullback could be even in the cards in the next couple of weeks but without any special bearish event, this shouldn’t be worrisome and the next major move from here should be up,” he added.

The bitcoin options market appears to agree with Lifchitz. Options with August 20 maturity show trader’s are giving bitcoin a 75% probability of being over $11,000, while only a 21% chance of hitting $13,000 by next Thursday, according to data aggregator Skew.

Traders may be temporarily distracted by more shiny objects at the moment. Alessandro Andreotti, an over-the-counter market cryptocurrency trader, says decentralized finance, or DeFi, is taking the spotlight from bitcoin – but that it won’t last. “Where I see opportunities right now is in DeFi tokens, which are performing incredibly well,” he told CoinDesk. “I feel the bulls will be coming back soon for bitcoin, though.”

The ether options market has more open interest (open positions) than ever before, to the tune of $463 million on platforms Deribit and OKex, according to Skew. But that’s not necessarily bullish for ether. Trader sentiment appears to view ether’s valuation as unsustainable. An overwhelming number of options bets are on sub-$410 ether.

Chris Thomas, head of digital assets for Swissquote Bank, said some traders are probably concerned the current Ethereum-powered DeFi frenzy won’t be able to keep going for the rest of 2020. That contributes to the bearish sentiment. “Perhaps some traders are feeling that Ethereum has come too far this year,” he said. “With high gas fees, will it result in a problem for the DeFi ecosystem in the weeks ahead?”

Newest DAO Project Was Thrown a Curve, but the Team Is Rolling With It Anyway